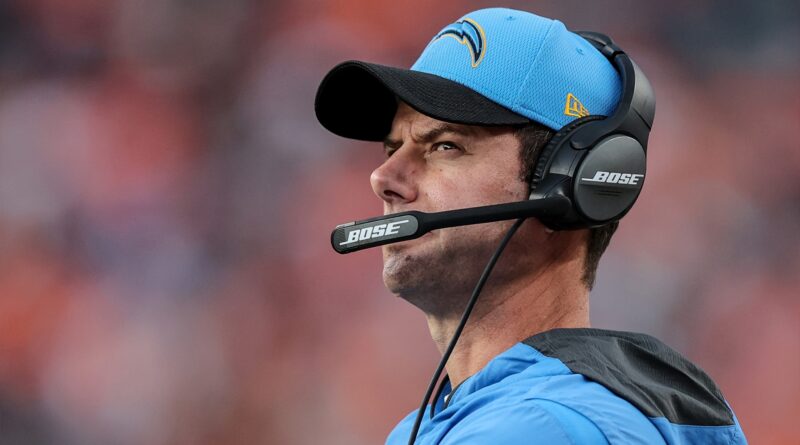 Los Angeles Chargers head coach Brandon Staley is entering his second season, and it appears putting together a winning record in his rookie campaign has created more pressure in Year 2.

According to FOX Sports NFL analyst Bucky Brooks, with a roster loaded with talent, missing the playoffs again isn’t an option for Staley.

“They have to make the playoffs and make a run,” Brooks said Wednesday on “The Herd.” “It’s not only the pressure on Justin Herbert. The pressure is on the coach because the last time we saw the Chargers, all of the conversation was about Brandon Staley and his analytical tilt in terms of how he calls the game — going for it on fourth down, didn’t fix the defense.”

FOX Sports NFL Analyst Bucky Brooks joins Joy Taylor on “The Herd” and answers if Justin Herbert and the Los Angeles Chargers are under pressure to qualify for the postseason next year.

Staley took over the Chargers after a year as defensive coordinator for the Los Angeles Rams. The Chargers proceeded to go 9-8, narrowly missing the postseason, and some of Staley’s decisions came under intense scrutiny — specifically a potentially season-defining timeout in Week 18.

In an effort to make another playoff push this season, the Chargers retooled on the defensive side of the ball, mainly by bringing in perennial Pro Bowl linebacker Khalil Mack, as well as Pro Bowl corner J.C. Jackson.

Staley served as outside linebackers coach in Chicago back in 2017 and 2018, when Mack was with the Bears.

“Now, they went out and they have an all-star team,” Brooks said of the Chargers. “This team, at a minimum, has to get to the playoffs and win in the postseason.”

Herbert is regarded as one of the best young quarterbacks in the league, evidenced by his performance over the past two seasons. He has 9,350 yards passing, 69 passing touchdowns, a 66.2% completion percentage and a 97.9 quarterback rating.

However, Brooks said the jury is still out as to whether Staley can match Herbert’s rising stardom.

“Staley has to get this team over the hump.”