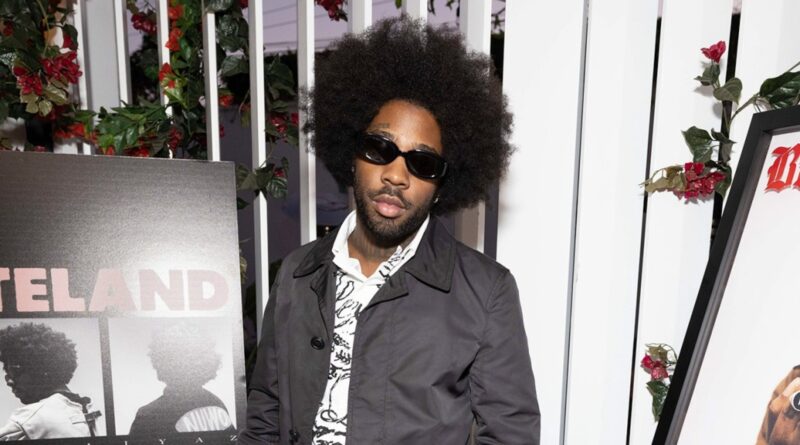 Brent Faiyaz hits new career highs on Billboard’s charts, beginning with his first No. 1 album on the Top R&B/Hip-Hop Albums chart with Wasteland. The set, released through the independently distributed label Lost Kids, opens atop the list dated July 23 with 88,000 U.S. equivalent album units earned in the week ending July 14, according to Luminate.

Of Wasteland’s starting total, 81,000 units come from streaming-equivalent album units, equal to 107.5 million official on-demand streams of the album’s songs. 6,000 units are through album sales, and the remaining balance through track-equivalent albums. (One unit equals the following levels of consumption: one album sale, 10 individual tracks sold from an album, or 3,750 ad-supported or 1,250 paid/subscription on-demand official audio and video streams for a song on the album.)

Elsewhere, Wasteland also enters at No. 1 on the Top R&B Albums chart and at No. 2 on the all-genre Billboard 200.

The full-length set follows Faiyaz’s breakthrough project, the EP F–k the World, which reached No. 2 on Top R&B Albums and No. 20 on the Billboard 200 in 2020.

As Wasteland arrives, 12 of its songs debut on Hot R&B/Hip-Hop Songs. “All Mine” leads the pack at No. 10 and overtakes his featured spot and on Goldlink’s “Crew,” (also featuring Shy Glizzy) which reached No. 15 in 2017, as his highest-charting hit there. “Mine” also is Faiyaz’s most-streamed song this week, with 10.6 million on-demand streams, and starts at No. 5 on R&B/Hip-Hop Streaming Songs.

Here’s a look at Faiyaz’s roster on this week’s Hot R&B/Hip-Hop Songs recap:

In addition to the fresh dozen, three other Wasteland album cuts have logged time on Hot R&B/Hip-Hop Songs. “Gravity,” with DJ Dahi and featuring Tyler, the Creator, re-enters at a new No. 19 peak, while “Wasting Time,” featuring Drake, returns at No. 29 after having previously reached No. 18 in July 2021. Plus, previous single “Dead Man Walking,” debuted and peaked at its No. 43 best in October 2020.

Activity surrounding Wasteland and its songs spur Faiyaz’s No. 5 debut on the Billboard Artist 100, which measures artist activity across key metrics of music consumption- album and track sales, radio airplay and streaming – to provide a weekly multi-dimensional ranking of artist popularity.