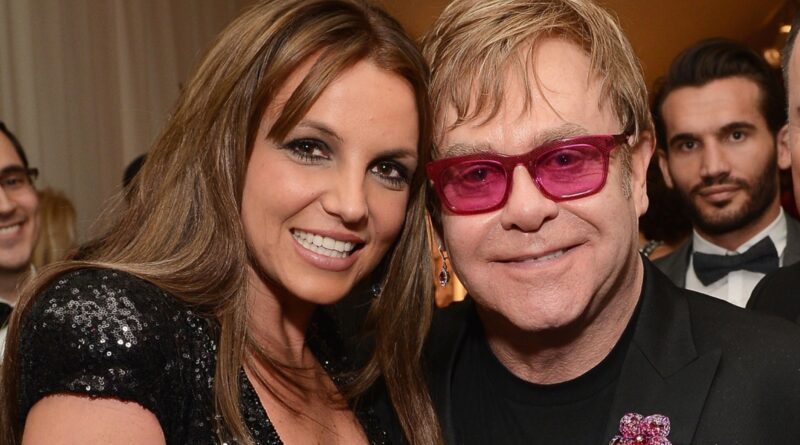 The gift comes on the heels of the superstar duo’s “Hold Me Closer” collaboration.

Britney Spears shared her gratitude for Elton John and the success of their “Hold Me Closer” duet with the sweetest gift.

Thank you @britneyspears for the fabulous rocket salt and pepper shakers!! 🚀🚀

“I’m really happy for Britney, especially because having her on this record is such a gas, for start,” John said in a Sept. 1 interview with Apple Music’s Zane Lowe. “But this is someone who has been through hell, who needed some love in her life, a lot of love from a lot of people, and she’s getting it.

“She did it so well and so easily,” the music icon continued of their collaboration. “And I’m sure a lot of people thought, ‘Well, can she still sing?’ Well, I knew for a start that she could sing because if you go back and look at the old footage, she was the biggest artist in the world and she could sing, she could dance, she could do everything. So I wasn’t worried about that. What I was worried about is if she would be so nervous because she hadn’t done it for a while, but she came through it with flying colors.”

“Hold Me Closer,” which is a fresh take on John’s 1972 classic “Tiny Dancer” produced by Grammy winner Andrew Watt, features John and Spears singing the opening verse of John’s 1992 hit, “The One” over a club-ready beat, before diving into the chorus of 1971’s “Tiny Dancer.”

“Hold Me Closer” is Spears’ first new music since her 2016 studio album Glory, which also included deluxe tracks “Mood Ring,” “Swimming in the Stars” and the Backstreet Boys-assisted “Matches” that were released in 2020. Most notably, the collaboration will mark Spears’ official return to music since the end of her 13-year conservatorship.

Over the weekend, Spears posted an unfiltered, 22-minute voice memo on YouTube about her life post-conservatorship and the heartbreaking ways in which the legal control over her life has impacted her mental health, self-confidence and relationship with her family.