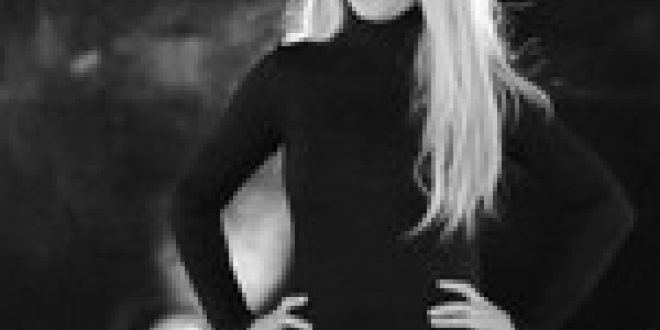 Britney Spears Wants Her Conservatorship to End: Here’s What Happens Next

Since facing mental health issues in 2008, Spears has been under a conservatorship primarily overseen by her father, Jamie Spears. The conservatorship covers both her person and her estate, which Forbes estimates to be around $60 million. At Wednesday’s hearing, Spears claimed her father revels in his control over her and that she has been overworked, over-medicated and abused by the people she pays through her conservatorship.

Judge Penny thanked Spears for her “courageous” testimony in court and informed her and her lawyer Samuel D. Ingham III to file a petition to terminate the conservatorship if that’s what Spears desires.

So what’s next? Billboard spoke with experts to explore what Spears’ next moves could be.

What does Britney do next?

“A judge could say, ‘You’re done,’ especially given her testimony,” says Sheldon Brendan Lyke, associate professor at University of Baltimore School of Law. “I tell my students that judges are real people and they’re moved and they’re persuaded by the lives of real people.”

Even if her termination goes uncontested, Patrick Hicks, head of legal for Trust & Will, says there will still need to be a factual determination of whether or not Spears is capable of managing our own affairs. The court is under no obligation to terminate the conservatorship if they believe it is still vital to protecting an incapacitated individual.

However, Lyke still believes it is unlikely Spears’ petition to terminate her conservatorships will go uncontested.

What happens if Britney’s petition to terminate is opposed?

If Spears’ attorneys file to terminate her conservatorship, the most likely scenario is that the motion will be contested by her father’s team or Jodi Montgomery, a court-appointed professional who now acts as conservator over her personal matters. Both Spears’ team and those who oppose the termination would then need to plead their cases before the court before the judge could make a ruling. At the end of Wednesday’s hearing, Spears’ attorney said the singer requested to seal all court proceedings going forward.

The burden to prove a conservatorship is no longer needed would fall on Spears and her team, and Hicks argues “that is likely to be a steep burden.” According to Hicks, most conservatorships are placed on elderly people or folks with lifelong disabilities and are therefore rarely temporary or removed. Spears’ case is very different from the typical conservatorship and Hicks imagines that could work in her favor in terms of termination.

Terminating the conservatorship would essentially require unwinding all of the reasons that the conservatorship was put in place initially. Spears would have to demonstrate that she is capable of managing her own affairs though evidence presented to a judge or she could request a jury trial.

Is it possible for Britney to terminate the conservatorship without additional evaluation?

During her testimony, Spears insisted that she no longer wanted to be subject to evaluations. She went on to lament that she no longer feels she can trust most people since she has been “burned” so many times and feels she was “abused” by her former mental health professional through the medication he prescribed her. The singer feels she has compiled enough with evaluations and requiring more would “offend me by trying to question my capacity of intelligence.”

Hicks explains that Spears is at the whim of the court when it comes to court-ordered observations and medical testings that are in place to ensure that a conservatorship remains appropriate. Still, the singer made a compelling case that the evaluations were doing more harm than good, which could make her request more sympathetic.

“What I think is likely to happen is that the judge will look at that and say, ‘Is there another less intrusive, less offensive way to achieve the same good?’” says Hicks. “Maybe that affects the frequency of observation, or maybe it does ultimately lead to elimination of observation.”

The judge could also decide to terminate the conservatorship on her own, which would eliminate any need for further evaluation.

Can Britney get new legal representation like she requested?

Spears informed the judge that, although she got along with her current attorney, she would like to be able to select her own representation. Ingham has served as Spears’ court-appointed attorney for the entirety of her conservatorship. At the end of the hearing, Ingham told the judge, “I am happy to take guidance from the court as to how you would like to set that issue up and how you would like to deal” replacing him with private counsel selected by Spears.

Ingham continued, “If the court decides I should be replaced by someone else, that’s fine with me. However the court wants to handle that,” indicating Spears’ request will have to be approved by the judge.

“Part of the problem with a lot of this is that it’s been ruled that she can’t make decisions for herself,” says Lyke. “So the court would have some say if she wanted to use a new attorney.”

Lyke suspects selecting new representation could slow down the process of terminating her conservatorship since a new lawyer would have to be approved. But based on Spears’ speech, says Lyke, “she might want to start new.”

“People have all kinds of different reasons as to why they want to get new attorneys,” Lyke continues. “They might want someone who they believe has faith in them, who will be a better advocate for them.”