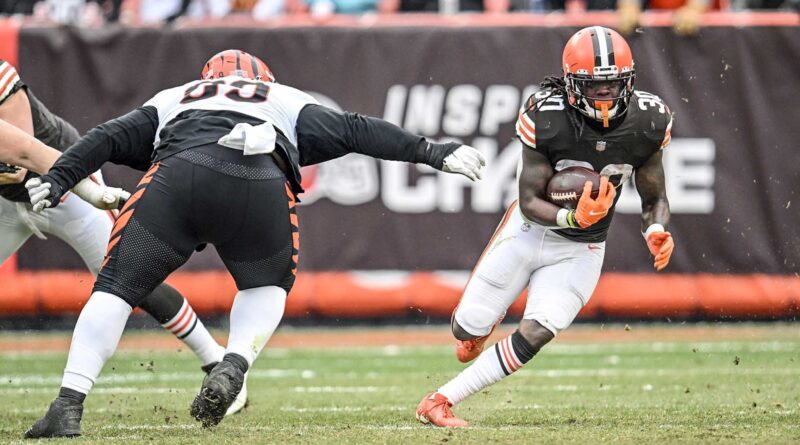 The Cleveland Browns and running back D’Ernest Johnson have agreed to terms on a one-year, $2.4 million contract with more than $900,000 in guarantees, his agent Drew Rosenhaus told the Associated Press.

The 26-year-old Johnson, who is entering his fourth year in the NFL, has spent three full seasons on the Browns’ active roster playing backup to powerhouse duo Nick Chubb and Kareem Hunt.

Cleveland previously placed a restricted free agent tender worth $2.43 million on Johnson in March, but his new deal gives Johnson guaranteed money and the Browns some salary-cap flexibility.

Johnson rushed for 534 yards and scored three touchdowns last season. He added 19 catches for 137 yards, with his best game coming against Denver when Chubb and Hunt were out. Johnson received at least 20 touches in three games, averaging 152.6 total yards and scoring two touchdowns during that same time.

Alongside Chubb and Hunt, Johnson joins RBs Jerome Ford — Cleveland’s fifth-round draft pick out of Cincinnati — and Demetric Felton, who has been working in the backfield and as a wide receiver this offseason.

Johnson has become a fan favorite, partly due to him working on a fishing boat in Florida before making Cleveland’s roster in 2019 as an unsigned free agent.

Reporting by the Associated Press.

Get more from Cleveland Browns Follow your favorites to get information about games, news and more.