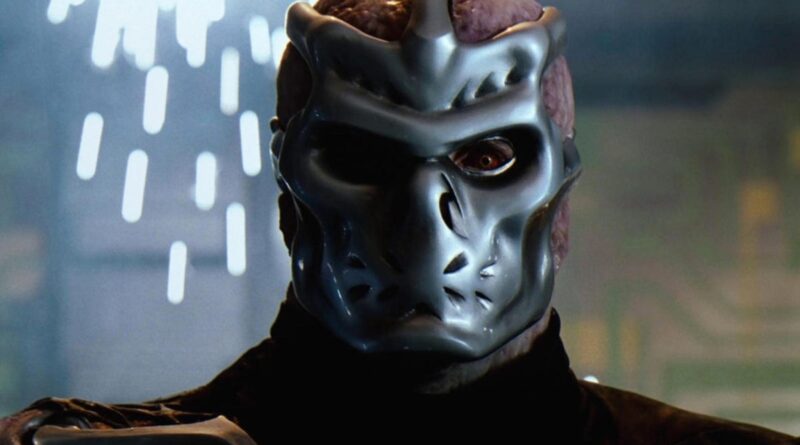 A Friday the 13th prequel show titled Crystal Lake is coming to Peacock, and now its showrunner, Bryan Fuller, is clearing up some misconceptions. In a new interview, Fuller explained that the show can, in fact, use anything from the Friday the 13th franchise because it’s a streaming series, not a movie. He also revealed why the show is likely to go at least two seasons, how many seasons he has planned, and that if the show goes 10 seasons, he has a plan for that.

“If we get 10 seasons, I’m going to make a concerted effort to find a way to rationally and dramatically and, in some fashion, go to space,” Fuller told Fangoria. “I can’t imagine it going 10 seasons, but I will put that out there that, uh … well, I haven’t gotten past laying out the first three seasons, honestly, so I suppose it’s very easy for me to say, yeah, if we get to 10 seasons, we’re going to space. Wait and see!”

When news broke of the show coming, reports were that because of the complicated rights issues surrounding the Friday the 13th franchise, the show would not be able to use anything from films after the first movie. Which, basically, meant no hockey mask for Jason. But Fuller explained that’s not the case.

“As a streaming series, we have the rights to do everything underneath the Friday the 13th umbrella,” he said. “The movie rights are a completely different thing. They are tied up at New Line and are super, super messy and probably won’t be untangled anytime soon, but as far as us chickens in the television industry, uh, roost, we have access to anything and everything that Friday the 13th has done up until this point.”

Being as the show is a prequel though, fans speculated just how far before the first film the show could possibly take place. Years? Decades? Centuries? Fuller couldn’t get into specifics of when the show is set or what the story is but he said it’s less a prequel and more a “pre-remake-uel.” What does that mean? Well, he said Jason will be a part of the series and “I think over the course of the series you will see many familiar manifestations of Jason.” So that makes it sound like it’ll be much, much closer to the original stories than many expected.

In addition, Fuller explained that Crystal Lake is coming to Peacock because the streamer really rolled out the red carpet for his team. “There was a bidding war on this, and [Peacock] came in strong and gave us a full-season commitment with a huge penalty if we don’t do a second season,” he said. “So it’s kind of a two-season commitment [laughs], but really just the first-season commitment. We’re going to have roughly five times the per-episode budget that we had on Hannibal.”

You read that right. “Five times the per-episode budget” of Hannibal. A show that looked amazing. No wonder Fuller thinks, if the show goes 10 seasons, he’ll be able to pull a Jason X and go to space. “It will absolutely be recognizable for the hardcore Friday the 13th fans, but will also have an appeal to people who are simply interested in top-shelf TV storytelling,” he said.

Read more from Fuller over on Fangoria and keep an eye out for Crystal Lake sometime in the future.