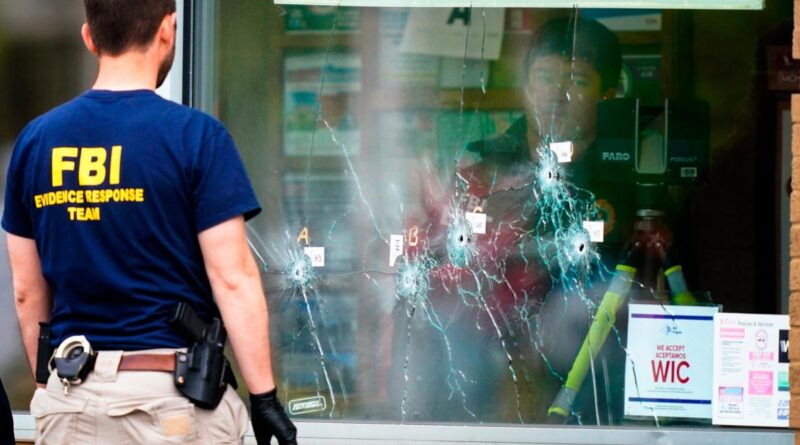 The white supremacist terrorist who killed 10 people and injured three on Saturday at a supermarket in Buffalo, New York openly planned his mass shooting on the messaging platform Discord, according to a new report from Bloomberg News.

The terrorist, Payton S. Gendron of Conklin, New York, livestreamed his attack on Twitch. And while the company was able to stop the video in the middle of the attack, at least half a dozen people were seen being murdered in a matter of seconds. The video was also copied to other platforms and spread throughout the internet.

“I will carry out an attack against the replacers, and will even livestream the attack via discord and twitch,” Gendron wrote on Discord on December 2, 2021, according to Bloomberg.

Gendron wrote a manifesto that explicitly laid out his hatred for all “non-white” people and promoted a conspiracy theory known as the Great Replacement Theory. The theory insists that non-white people are intentionally being sent to “traditionally white” countries in order to “replace” the white population. The theory often includes claims that a shady Jewish cabal headed by people like George Soros is somehow behind this.

Gendron modeled himself after Brenton Tarrant, an Australian national who livestreamed himself on Facebook massacring 51 people at two different mosques in Christchurch, New Zealand on March 15, 2019. Gendron wrote on Discord in December of 2021 that he wanted to carry out his own attack on March 15, 2022, the third anniversary of Tarrant’s heinous attack, according to Bloomberg.

Far from a fringe idea in society anymore, you can turn on Fox News any day of the week and hear talking heads like Tucker Carlson spout this nonsense about the “Great Replacement.” Carlson, a white supremacist who has previously said immigrants make the U.S. “dirtier,” often tries to distance himself from shootings like this, describing people like Gendron as “mentally ill,” but these ideas have become mainstream, with many Republican politicians also openly spouting this hateful garbage.

Gendron spoke about plans to commit the attack at least 17 times over several months, according to Bloomberg, and while the Discord channel was set to private, it’s still astonishing that the company didn’t pick up on the fact that something was going on. Gendron even used the word “attack” more than 200 times.

Discord did not immediately reply to an email early Tuesday, but Gizmodo will update this article if we hear back.

Eleven of the 13 people who were shot by Gendron were Black, according to CNN, and he allegedly planned to continue his attack if he had gotten out of the supermarket before police arrived. Gendron was apprehended by police alive and has since pleaded not guilty in court.