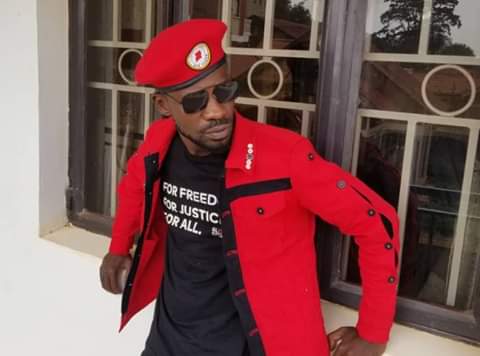 According to police Spokesperson Emilian Kayima, the event was not cleared to take place. Kayima however says he doesn’t know about police officers and their behaviour at the venue as alleged by Bobi Wine.

MP Bobi Wine has revealed that security forces have yet again blocked preparations for his December 26 slated concert.

The concert was to take place today at his One Love beach in Busabala. According to Bobi Wine, the concert venue has been cordoned off and now looks like a ‘crime scene’.

“They have ordered the stage and sound engineers to bring down the stage and pull down all materials we had put in place for the show. They have arrested my employees including the kitchen staff and all the people who were preparing to sell merchandise at the show. They have sent away our guests who were lodging at the Beach tonight and ordered all people out of the premises. As we speak, the premises are completely cordoned off as if it’s a crime scene!! I’ve not stopped receiving calls from my staff and neighbors who are in too much fear, as these actions are being carried out in the deep of the night,” Bobi Wine wrote on social media.

He says that hordes of soldiers were dropped by military trucks in Busabala a few minutes past midnight. They then surrounded the One Love Beach premises, where he was organising his Boxing Day show later today.