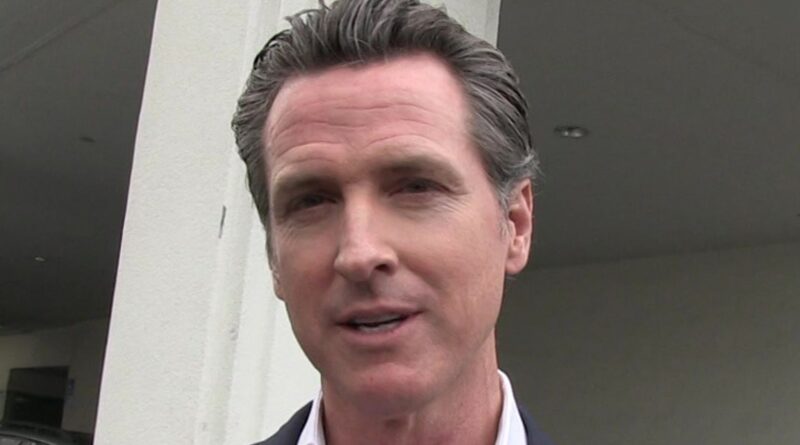 California Governor Gavin Newsom just took out an ad in Florida for what seems to be nothing more than a troll effort … poking fun at Gov. DeSantis, and conservatives at large.

Newsom’s campaign ad is 30 seconds, and the word is — he bought airtime on Fox News in Florida markets for this cheeky spot, set to run through the holiday weekend. It’s pretty funny, ’cause GN’s embracing rhetoric the right often use, including “taking your freedom.”

We’re about to celebrate Independence Day — but Freedom is under attack by Republican leaders in states like Florida.

It’s time to stand up. Don’t let them take your freedom. pic.twitter.com/cFI5UzgZzX

Check it out … the Gov. is addressing Floridians directly, telling them that their freedom and rights are under attack in their state — via book banning, voting restrictions, limiting speech in classrooms, as well as criminalizing women and doctors (a la the new abortion ruling).

He goes on to say that he urges everyone living in the Sunshine State to “join the fight” … by coming over to California, where he says the idea of freedom is still very much alive.

Can Gavin Newsom become “the left’s Ron DeSantis”? @ccadelago @lbarronlopez @JFKucinich and @jonathanvswan weigh in on Newsom’s calls for Democrats to get tougher – and why he’s starting a fight on DeSantis’ home turf. #InsidePolitics pic.twitter.com/gSfDmbl0OV

The whole thing is super ironic and full of satire — and Newsom’s getting a lot of praise online for going out of his way to stick it to DeSantis (seen as an up-and-coming star in the GOP) and right-wingers generally. Others, however, are raising an eyebrow over this.

Some have noted this stunt — which has no bearing on his re-election chances in November, since no one in Florida can vote here anyway — was expensive … and probably unnecessary.

In Florida, we will protect our kids and support our parents. pic.twitter.com/rxjvnxEH9K

So, why do it??? Well, as political pundits have articulated … Newsom seems to be ambitious beyond just California politics, and may be trying to lay the groundwork as a go-to Dem voice on the national stage in the not-too-distant future. He also probably sees DeSantis as a good foil … because he too is seen as a GOP leader going forward, post-Trump.

Some say he should even challenge DT in the primary heading into 2024. In the meantime, his would-be foe is already warming up with jabs from across the country.