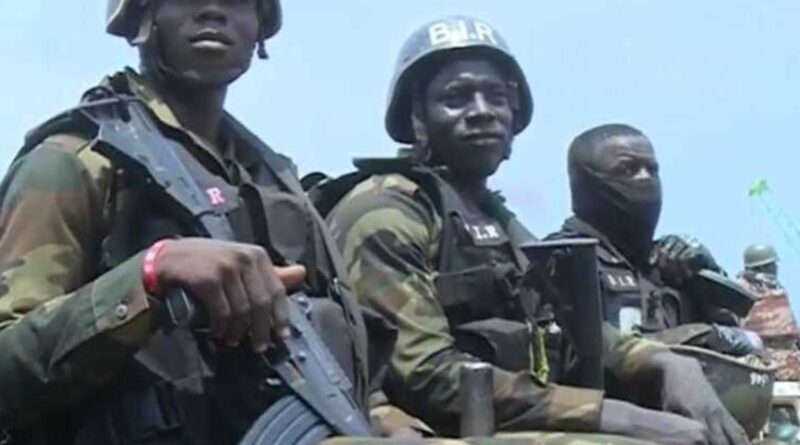 Yaounde — Cameroon’s military says it has freed a senator who was held captive by separatists for a month along with other hostages.

Cameroon’s military on Tuesday said it managed to rescue Senator Regina Mundi, after what a spokesman called two days of heavy battles with rebels who had taken her hostage.

But he said the troops stopped the rebels, killing ten of them and capturing three, without any harm to the captives.

The military did not identify the other hostages but said they were receiving medical treatment after the ordeal.

Rights groups in Cameroon welcomed Senator Mundi’s release after a month in captivity.

“I hope she is sound health wise. For those who took Mundi and kept her for this long, I pray you have a change of mindset. You are perpetuating pain and suffering on people. I congratulate those who succeeded in getting her out,” she said.

A separatist spokesman confirmed that government troops freed Mundi and other hostages but denied the military’s claim that fighters were killed and captured.

Capo Daniel is deputy defense chief of the Ambazonia Defense Forces, one of Cameroon’s rebel groups. The separatists have been fighting since 2017 to break away from Cameroon and its French-speaking majority to create an English-speaking state called Ambazonia.

“Hundreds of Cameroon military brutalized our civilian population, rounded them up, tied their hands behind their backs, women were tortured, houses were searched, occupants were tied up and forced to sit in city squares where they were not allowed to have access to communication. None of our soldiers were killed or captured, We have regrouped and we will make sure that those areas remain under strong Ambazonia control,” he said.

None of Daniel’s claims could be immediately or independently confirmed.

One local, who did not want to be identified for fear of retaliation, told VOA both sides committed abuses and detained civilians during the clashes.

Armed separatists abducted Senator Mundi with her driver in Bamenda, capital of the English-speaking North West region, on April 30.

The rebels accused Mundi of collaborating with Cameroon’s central government and demanded 47 of their arrested leaders be freed in return for her release. The government refused.

Esther Njomo Omam is executive director of Reach Out Cameroon, a group calling for a cease-fire to end the separatist conflict.

“Parties to the conflict, this is the time to talk more among ourselves and resolve our differences in a peaceful way,” she said.

Unrest in Cameroon’s English-speaking western regions broke out in 2016 after teachers and lawyers protested the dominance of French in the officially bilingual country.

The military’s harsh response led separatists to take up arms, saying they had to defend the minority English speakers.

The U.N. says clashes between the two sides have since left at least 3,300 people dead and more than 750,000 internally displaced.