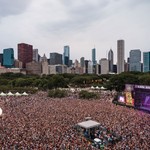 Can Festivals Really Come Back? What’s Next After Lollapalooza

Since it became clear that Lollapalooza would be the first major multigenre U.S. festival since the start of the pandemic, promoters hoped it would kick off a shortened but vital festival season, with Bonnaroo, Governors Ball and Firefly scheduled to follow in September. But circumstances have changed as another wave of COVID-19 cases spreads — along with fears that festivals could become super-spreader events. In Chicago, one source tells Billboard that, as Lollapalooza approached, promoters grew nervous that public health officials would impose limits on the event’s capacity.

Live Nation and rival AEG have already worked out a compromise with the major talent agencies in case other festivals are forced to cancel. If that happens 30 to 60 days before the event, the promoter only has to pay 10% of an artist’s fee; if it happens less than 30 days before the event, the promoter pays 50%. Since insurance does not cover COVID-19 cancellations, these arrangements will allow promoters to move ahead with booking shows without fear of major losses.

That policy could be important for long-term planning, but a source at Live Nation tells Billboard it didn’t factor into the decision to go ahead with Lollapalooza. Days before the event, company executives were optimistic — Rolling Loud had just wrapped in Miami Gardens, Fla., with about 75,000 fans per day, and Chicago Mayor Lori Lightfoot remained confident that Lollapalooza could be held safely. Attendees had to show a vaccination card or recent negative COVID-19 test, and while thousands of glitter-streaked teens shrugged off masks to watch their favorite artists, midway through the weekend, the festival made masks mandatory in indoor spaces — such as a large, enclosed merchandise area — in order to comply with city health officials.

The next two weeks, and whether cases surge during that time, will be the real test of the festival’s success, according to AJ Niland, a longtime promoter whose Health Screening Solutions provides vaccine and testing services for the concert industry. The risk posed by outdoor concerts is still unclear. At recent European festivals, results have varied: There were 1,000 new COVID-19 cases among attendees of a July 3-4 Dutch festival with 20,000 attendees, all of whom had been vaccinated, recently tested negative or already had the virus. In the week after Rolling Loud Miami, cases in Florida grew 50% week over week, while hundreds of attendees reported contracting the virus or virus-like symptoms on a Reddit forum about the event. (A Rolling Loud representative said the festival isn’t “surprised” by this, “given the huge influx of COVID positive cases in South Florida over the last three weeks,” but noted that it “followed government guidelines.”) Officials will be watching for a spike in the wake of Lollapalooza, although secondary ticketing and the way consumers buy multiple tickets make this at best an inexact science.

Despite rising COVID-19 cases, Niland says Lollapalooza marked an important turning point when the concert business started taking the Delta variant and the risks it poses more seriously. “It seems the managers and agents just woke up,” he says. On Aug. 3, Live Nation CEO Michael Rapino said a “roaring era is ahead” and indicated that the company planned to press forward with the 2021 concert season, citing “better than pre-pandemic” ticket sales. But that will only sustain if local and federal governments allow it.

In the meantime, restrictions are likely to get more stringent. The best way to ensure concerts’ full return is mass vaccinations across the country. It’s not just Limp Bizkit preaching this message. Garth Brooks is offering vaccinations at his Aug. 7 concert in Kansas City, Mo.; come September, New York will require proof of vaccination for all concerts; and even Spotify is running a campaign to get music lovers jabbed. The hope is that if vaccinations are required to see shows, more people will eventually comply.

“We’re right on the other side of it, [but] we’re still in it and it might be another year before we’re fully away from it — it depends on our actions,” says Farrell. “We all are hurting a little bit, we’re all a little afraid, but yet we’re exercising courage.”