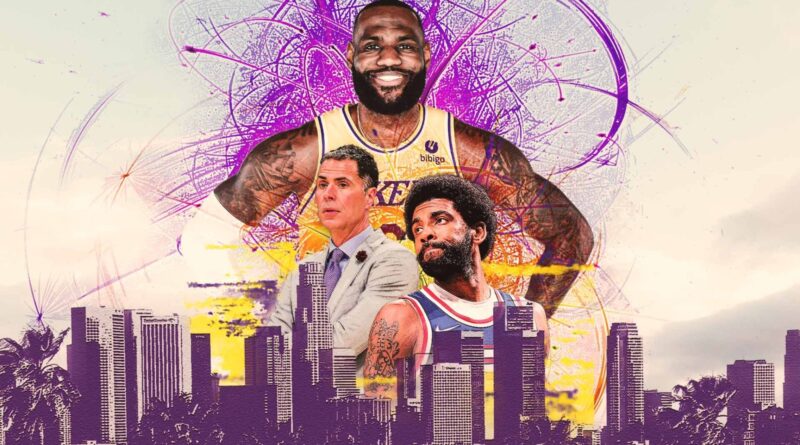 The guessing game around LeBron James‘ future came to an end Wednesday when news broke that he agreed on a two-year, $97.1 million contract extension with the Los Angeles Lakers.

The deal includes a 15 percent trade kicker and could increase to more than $110 million with a rise in the salary cap, as first reported by ESPN. His contract now runs through the 2023-24 season and includes a player option for 2024-2025 when his son, Bronny, will become draft-eligible.

While it could be seen as a hefty salary for a 37-year-old who turns 38 in December, James has shown no signs of slowing down. Last season, he played MVP-caliber basketball and was the runner-up for the scoring title with 30.3 points a game despite the Lakers missing the playoffs with a dismal record of 33-49.

James signing a contract extension is interesting on multiple fronts.

It allows James to focus on resurrecting the Lakers without potentially suffocating under a noxious fog of rumors, a detrimental game we saw him play last season when his every word was scrutinized.

There was the time he praised Oklahoma City general manager Sam Presti during All-Star weekend (which had everyone questioning whether he was taking a shot at Lakers GM Rob Pelinka) or the time he told The Athletic that “the door’s not closed” on him playing in Cleveland again (which made everyone wonder if that was a harbinger of what was to come).

James had to play constant defense off the court last season, an exhausting prospect for a guy who already had to carry the Lakers on it while Anthony Davis was compromised by injuries and Russell Westbrook struggled to find much success with his new squad.

This, at least, will give James a chance to focus on basketball. Not to mention, it’s also clear that he loves Los Angeles. He posts frequent videos on Instagram of him singing along to his music as he cruises the city’s streets or relaxes in his sun-drenched backyard. He often mocks his haters and implies his happiness is impenetrable based on his quality of life.

Jumping ship would’ve meant leaving one of the top markets in the league and all it has to offer a player of his caliber, and bailing on a proud franchise that just suffered a mortifying season, all of which clearly would’ve left a dent on his lifestyle and career.

Now, James has at least two shots at leading the Lakers to greatness once again, all while enjoying the perks of a city he enjoys.

Shannon Sharpe and Skip Bayless react to this report.

For the Lakers, the contract extension is intriguing because it shows their deep commitment in him despite him getting older. There have been calls from fans and analysts alike for the team to trade him — and although James reportedly doesn’t have a no-trade clause in his contract, it’s highly unlikely that the team is going that route.

And honestly, why should they?

In 2020, James led the Lakers to a championship. In 2020-2021, he posted a career-high in assists. And last season, he was their one saving grace, putting up multiple 50-point performances in a season when the Lakers seemingly couldn’t keep Davis on the court — and seemingly couldn’t get Westbrook off it fast enough.

The Lakers gave Kobe Bryant a sizable contract extension in the sunset of his career (two years, $48.5 million) despite him suffering an Achilles injury that he never quite fully rebounded from. As an organization, they clearly value loyalty to their stars, and with James’ new contract, he’ll be with the Lakers for at least six seasons, his second-longest stint behind his seven straight seasons with the Cavaliers.

There’s at least an argument to be made that it was unwise to give James a contract extension of this size, given his age. It would’ve been one thing if he had taken less money to give the Lakers more flexibility to build out their roster (a la James Harden in Philly), but that clearly wasn’t in the cards.

So, while the Lakers extending James shines light on his future, it doesn’t do much to illuminate their own. They’ve been shopping Westbrook and his $47.1 million contract, and it’s highly unlikely that’s going to change, especially considering James and Westbrook didn’t publicly speak when they attended the same recent Lakers game at Summer League in Las Vegas.

Even if the Lakers trade Westbrook for another expiring contract, Davis and James will earn more than a combined $86 million in 2023-2024, which would make acquiring a third star in 2023 challenging. It’s integral that they get something of value back for Westbrook’s large salary, whether that’s Kyrie Irving or a combination of starting-caliber role players.

Then again, the Lakers didn’t have a third star when they won it all in 2020, so if they could manage to upgrade their supporting cast, perhaps they could be contenders yet again.

Now, James and the Lakers just need to figure out a way to be good again. James reached the NBA Finals eight straight seasons from 2011-2018 before joining the Lakers, where he has missed the playoffs twice.

Before James turns 40, he has two more shots at trying to lead the Lakers to greatness once again.

Melissa Rohlin is an NBA writer for FOX Sports. She previously covered the league for Sports Illustrated, the Los Angeles Times, the Bay Area News Group and the San Antonio Express-News. Follow her on Twitter at @melissarohlin.

Get more from Los Angeles Lakers Follow your favorites to get information about games, news and more.