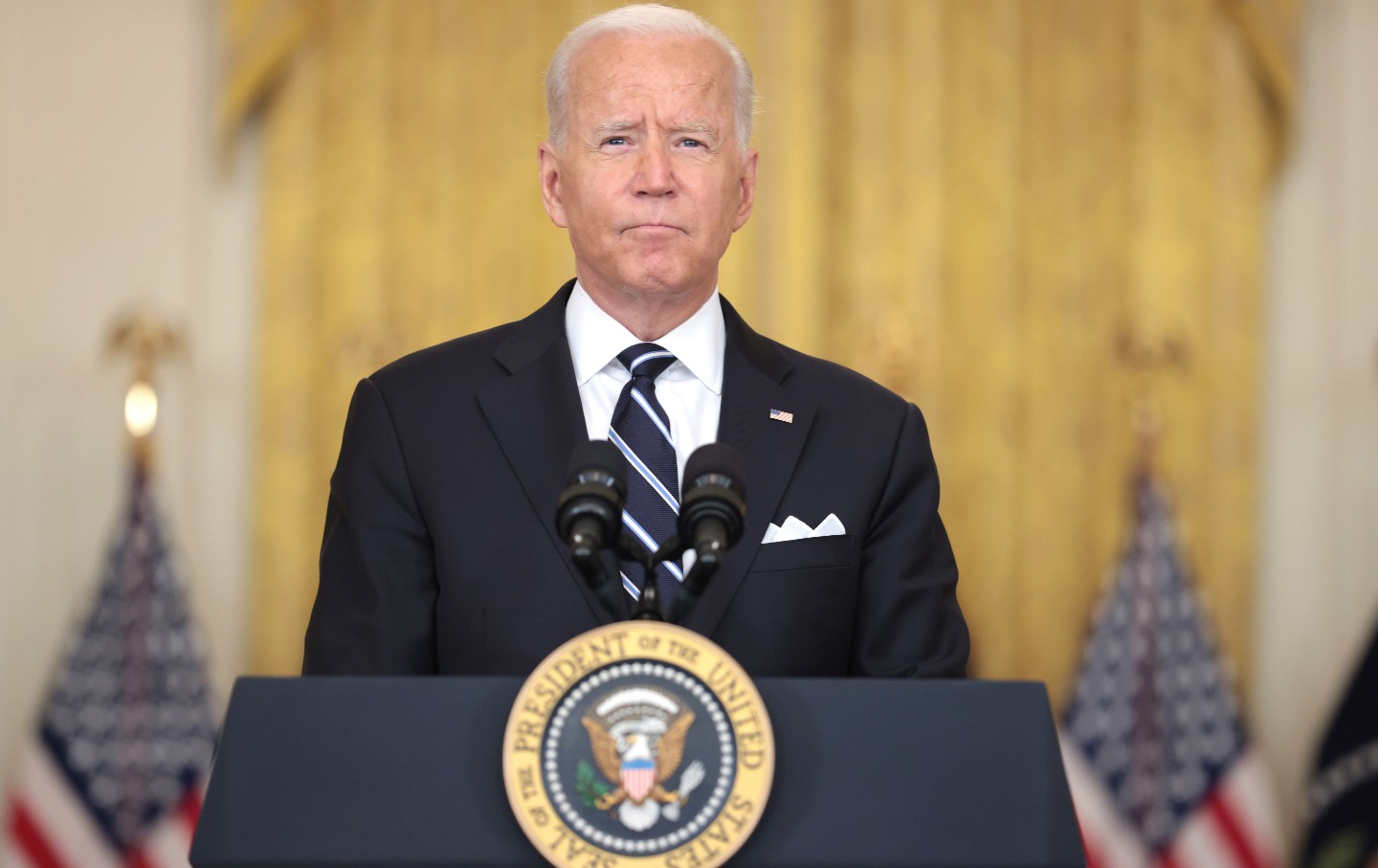 The master Democratic strategy for the 2022 midterm elections is coming into focus. After four years of the Trump show, President Joe Biden and congressional leaders will make a case that echoes Warren G. Harding’s 1920 campaign promise of a “return to normalcy.”

Biden is fresh off a victory with the infrastructure bill that represents peak normal politics and validation of everything Biden holds dear: compromise, negotiation, bipartisanship, and getting something done. Infrastructure is hardly a topic to get ordinary Americans’ heart rates up, but that is the point. Biden demonstrated the ability to take the mundane—money for nonpartisan essentials, for roads and bridges—and pass a bill with some Republican support. Of course, the cost of minimal GOP support was removing almost all the important progressive elements from the bill, but to most Americans who neither know nor care about the details, it reads as a win.

Normal Washington politics are, as George Will puts it, the politics of “splittable differences”—of one side wanting the corporate tax rate at 21 percent while the other insists on 28 percent. In contrast to the permanent crisis atmosphere created by the Trump presidency, Biden and congressional Democrats want to create an impression of managerial competence, of politics that Americans can safely look away from without worrying that a constitutional crisis will erupt. The infrastructure bill fit nicely into a recognizable narrative of Democrats wanting to spend a dollar amount, Republicans demanding to spend less, and a compromise in the broad middle. Americans know that story line; it’s pleasantly boring, which is refreshing after Trump.

With luck, the strategy goes, voters will compare this kind of Biden-led normal with the inevitable absurdity of divided government (picture a GOP-majority House impeaching Biden every 20 minutes for two years and no laws ever passing) and decide to keep the status quo. Democrats hope to be rewarded with a slightly larger Senate majority—of the 34 seats up in 2022, Republicans must defend 20 to the Democrats’ 14—and maintain or expand the current narrow House majority. Then, theoretically, Democrats can tackle the big structural problems. Crucially, the 2022 strategy addresses GOP voter suppression efforts not by preventing them from happening but by asking Democrats to work harder—to “out-organize” them.

The problem is that normal politics fit normal times, and the current political environment is definitely not normal. This rather hopeful strategy, requiring numerous breaks to fall Democrats’ way, is a sign that the party has given up hope of being able to meaningfully address any of the institutional advantages that Republicans are using to march the country toward pseudo-democracy with entrenched minority rule.

The Democrats, it seems, are hoping that a good dose of normalcy will win out over a lack of action on:

Certainly Biden and the House and Senate leaders have accomplished something by passing the infrastructure bill, but that accomplishment is skimpy when it stands next to a list of what isn’t being done. If Democrats lose the Senate because, say, Raphael Warnock’s successful defense of his Georgia Senate seat is invalidated by baseless fraud claims from state Republican election officials, the infrastructure bill won’t offer much comfort.

In the aftermath of 2020, many Democrats learned the wrong lessons, that moderation will win out and that, broadly speaking, The System Works. In reality, Biden won narrow victories in several key states; Democrats lost House seats; and only a superhuman effort in Georgia led by Stacey Abrams and relying on the sweat of hundreds of street-level organizers achieved control of the Senate. Democrats needed to come out of that experience ready to govern like this will be their last chance to rectify the antidemocratic lurch of the Republican Party. Rather than doing whatever it takes and by whatever means necessary, they’re banking on a return to normal politics to fire up enough voters to “out-organize” Republican erosion of electoral legitimacy.

It’s a helluva gamble, and if it doesn’t work, a neutered infrastructure bill will be a meager consolation prize.