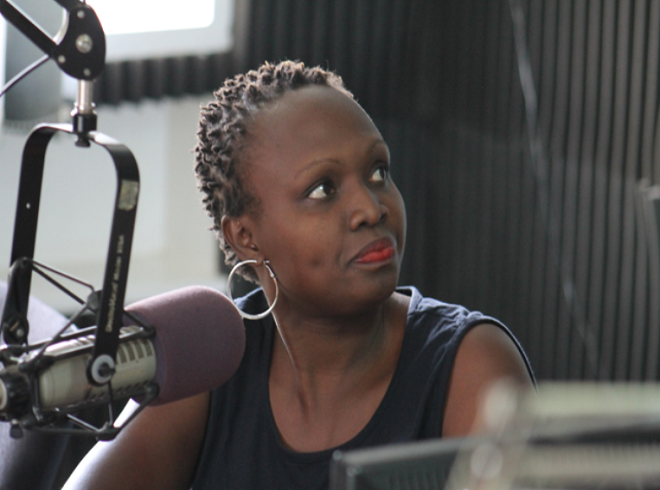 News reaching our desk has it that after officially getting off-air at Kisementi-based 91.3 Capital FM, sweet voiced Jackie Lumbasi sqooped a juicy deal at a radio station in Kigali.

Jackie Lumbasi who used to host the Big Breakfast with Oulanya and Marcus officially got off-air a few months ago leaving several listeners and workmates in sorrow.

According to Jackie by that time she was meant to fill a bigger office at the same station, however we have come to learn that this all went futile as she got a more beefy deal with Royal FM in Kigali Rwanda where she already got to for the deal.

Word has it that Jackie Lumbasi was approached by  Royal FM which was offering her more than what Capital was. it is not yet clear about what else she will be doing at the station besides presenting.

From Kakamega in western Kenya, Jackie is one of the three presenters on the show, along with Marcus and Olanya.

She joins the list of the likes of Alex Ndawula who also left the station sometime back.