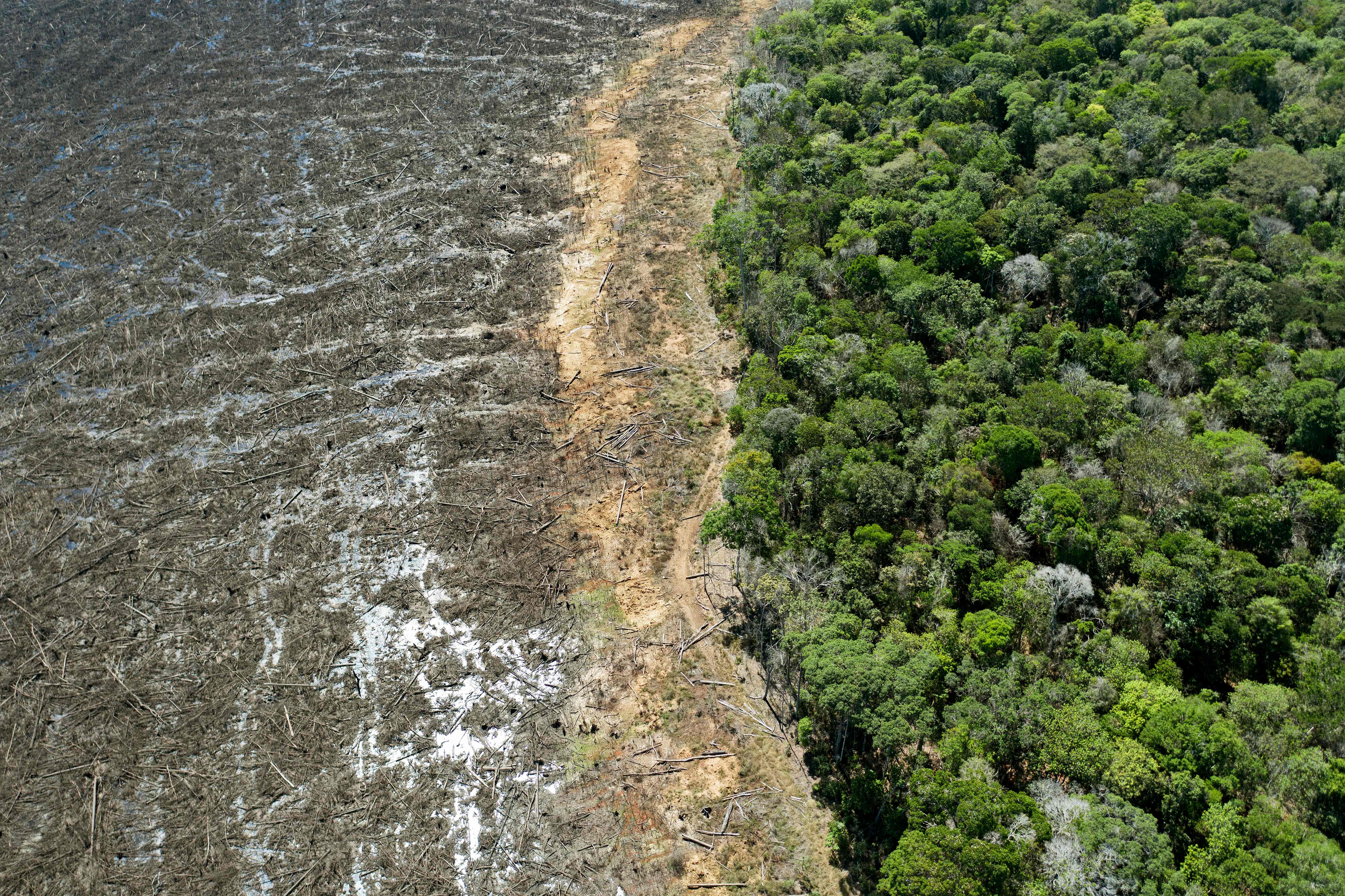 Carbon Markets Are Terrible—But We Need Them

“Stop greenwashing!” That’s how Greta Thunberg walked out of a session on carbon offsets last Thursday at the COP26 climate summit in Glasgow. The day before, a group of Indigenous activists held a protest on the same topic, calling offsets “a new form of colonialism.” Even Al Gore chimed in, saying, “It is suicidal for the human race to continue on this track and to pretend that it can be somehow negated by promising to plant trees.” These statements are just a sample of the anti-offset sentiment that has grown louder than ever at this year’s global climate conference.

The critics are right: Most carbon offsets are terrible. Unfortunately, we can’t give up on them, either. According to the Intergovernmental Panel on Climate Change, limiting global warming to 1.5 degrees Celsius (2.7 degrees Fahrenheit) will require removing roughly 100 billion tons of carbon dioxide from the atmosphere by 2050. That’s exciting news for the world’s sharky purveyors of shoddy offsets. This year alone, carbon markets are set to reach a new high-water mark of $1 billion. The average price of these offsets: $3 per ton of CO2 (roughly equal to the emissions of a round-trip economy plane ticket from Los Angeles to Chicago). What a bargain.

The problem is that the “voluntary carbon market” is rife with half-truths and double-dealing. Many offsets, for instance, don’t actually remove carbon from the atmosphere. Instead, they monetize the promise of avoiding future emissions, such as by paying to build wind turbines. Meanwhile, offsets that claim to directly remove CO2 are likewise fraught with accounting issues.

A Bloomberg investigation last year found that the Nature Conservancy, one of the world’s largest environmental nonprofits, generated carbon offsets by saving a Pennsylvania forest from logging. These offsets were later purchased by JPMorgan Chase, Walt Disney Co., and BlackRock to pay down their corporate emissions balance sheets. Neither buyer nor seller seemed to care that the forest in question had been protected by a nonprofit foundation since 1938 and was never in danger of being logged.

This sort of behavior, while infuriating, is hardly surprising. The idea that unregulated markets would organically produce high-quality offsets (which, recall, means paying to move an invisible gas from the air to the ground) is somewhere between naïve and insane.

In the modern offset free-for-all, companies are locked in a race to the bottom to produce the cheapest product available—which often means producing practically nothing at all. Carbon markets have largely dodged the kind of regulation that would ensure that offsets are real, verifiable, and uphold the rights of local communities. Meanwhile, a gaggle of certification standards that claim to raise the bar on offsets have, in many cases, just created more paperwork. When a team of researchers at a Finnish nonprofit evaluated 100 certified carbon-offset projects, they found that 90 percent failed to meet basic integrity criteria. Timber companies, for example, were selling offsets for trees that they were already intending to plant (and later harvest).

If the world’s largest polluters had acted sooner to curb emissions, we might be able to walk away from this broken system altogether. But the climate crisis calls for an all-hands-on-deck approach, and giving up on carbon markets altogether is roughly equivalent to giving up on limiting warming to 1.5 degrees Celsius. Even less ambitious IPCC climate models, in which warming peaks at two degrees, still require aggressive carbon removal, averaging about 50 billion tons of CO2 captured by midcentury. (Those are just estimates; the actual number could be even higher, especially in light of a recent report suggesting that countries are chronically underreporting their present-day emissions.)

There’s another reason to give carbon credits a second chance. Despite feverish investment in carbon-capture technology, the most efficient way to pull CO2 out of the atmosphere is simply to restore landscapes that have been destroyed by heavy industry and agriculture. If properly regulated, environmentally sound and rigorous carbon markets could be a game-changer in places like Brazil and Indonesia, which suffer massive amounts of government-sanctioned deforestation, often at the expense of Indigenous communities.

Most experts who study nature-based offsets agree on some basic principles for high-quality projects. At a minimum, they should be ecologically responsible (e.g., by planting native species and safeguarding biodiversity), have the enthusiastic support of local communities, and restore land that is not in danger of being destroyed again, at least in the medium-term future. Finally, carbon markets must steer clear of double-dealing or issuing credits after the fact (for example, by selling credits from trees planted long ago). Put differently, removal projects should only qualify if they were made possible through the sale of carbon credits. This last criterion, known as additionality, should have kept the Nature Conservancy from its dodgy venture in Pennsylvania.

At their worst, carbon markets provide cheap cover for corporations to continue emitting greenhouse gases at their usual rates. They delay decarbonization. But at their best, high-quality carbon removal can help restore blasted ecosystems and give the planet some badly needed breathing room while closing out the last vestiges of a fossil-powered economy.

The best path forward is not to give up but to demand better of carbon markets. When a phony one-ton carbon offset costs as much as a bus fare, the only winners are corporate buyers and unscrupulous sellers. But if carbon markets get real (and as a result, more expensive), then most corporations will find it more cost effective to reduce their emissions than to write a blank check for large-scale carbon removal.

Where to from here? The McKinsey-supported Taskforce on Scaling Voluntary Carbon Markets, which aims to create universal standards for offsets, generated a lot of buzz this year. But environmentalists worry that the initiative—which lists many of the world’s largest fossil fuel companies and banks as members—will produce a set of rules favorable to industry that further entrenches the status quo. Meanwhile, would-be purchasers of high-quality carbon credits are biding their time and waiting for the other shoe to drop, while deforestation continues apace.

When activists and environmentalists disengage from the conversation on carbon removal and offsets, corporate interests write their own rules. There are good reasons to be scornful of this Machiavellian market—and better reasons to double down on the fight to make carbon credits count.