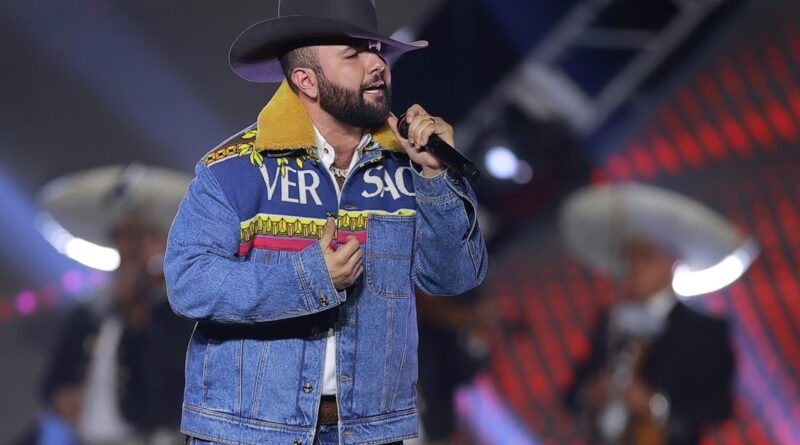 It’s been two years since Billboard featured regional Mexican singer/songwriter Carín León as an Artist on the Rise with one hit on Billboard’s Regional Mexican Airplay chart. Since then, León — the former lead vocalist of Grupo Arranke — has placed seven more entries on the chart, including two No. 1s.

That success, including “El Tóxico” with Grupo Firme, is a testament to León’s versatility; he can veer from banda to norteño to ballads with equal ease, aided by powerful, soulful vocals.

Onstage, León is even more impressive. So much so that on Sunday (Sept. 4), he played a near sold-out date to a euphoric crowd at Miami’s Hard Rock Live arena, extremely rare for a regional Mexican act in South Florida, where regional Mexican fans are scarce and major artists in the genre rarely play in venues in or near Miami. But there’s something about León. Here are five takeaways from his show.

1. When León puts on a show, he goes big. Throughout the two-hour performance, he was backed by a 20-piece band that included four clarinets and four trumpets. The very sophisticated musical arrangements are courtesy of tuba player Gilberto Meneses for banda tracks and the versatile guitarist/keyboardist Orlando Aispuro.

2. Let’s please change paradigms about regional “Mexican music.” Seeing a sold-out Hard Rock arena – a venue that’s traditionally reserved for pop, rock and alternative acts — was proof enough that the music can go wide beyond its traditional stages, and that there’s a premium audience willing to pay to watch a good show. By the way, if you ever need incentive to buy a really beautiful cowboy hat, go to a León show.

3. León loves his audience. Every song comes with an intro and boy do we get a kick out of that. It’s like a big party, especially when León walks around with his drink in hand. Saludcita! (as he would say).

4. He’s a musician’s musician. Plays the guitar? Check. Sing a cappella? Check. Versatile? Just watch him navigate the bravura of banda and the tenderness of ballads. To top it all, the man knows how to swivel his hips.

5. Get ready to spill secrets. León loves to talk, giving fresh meaning to each song. We found out, for example, that he lost his virginity to “You’re the One I Love” (Sigues Siendo Tu in Spanish). Some of our favorite lines of the evening: “Having a toxic woman in the house is a blessing. It means she loves you even when you’re ugly”; and, “We men are shameless. We always promise things we can’t deliver.”