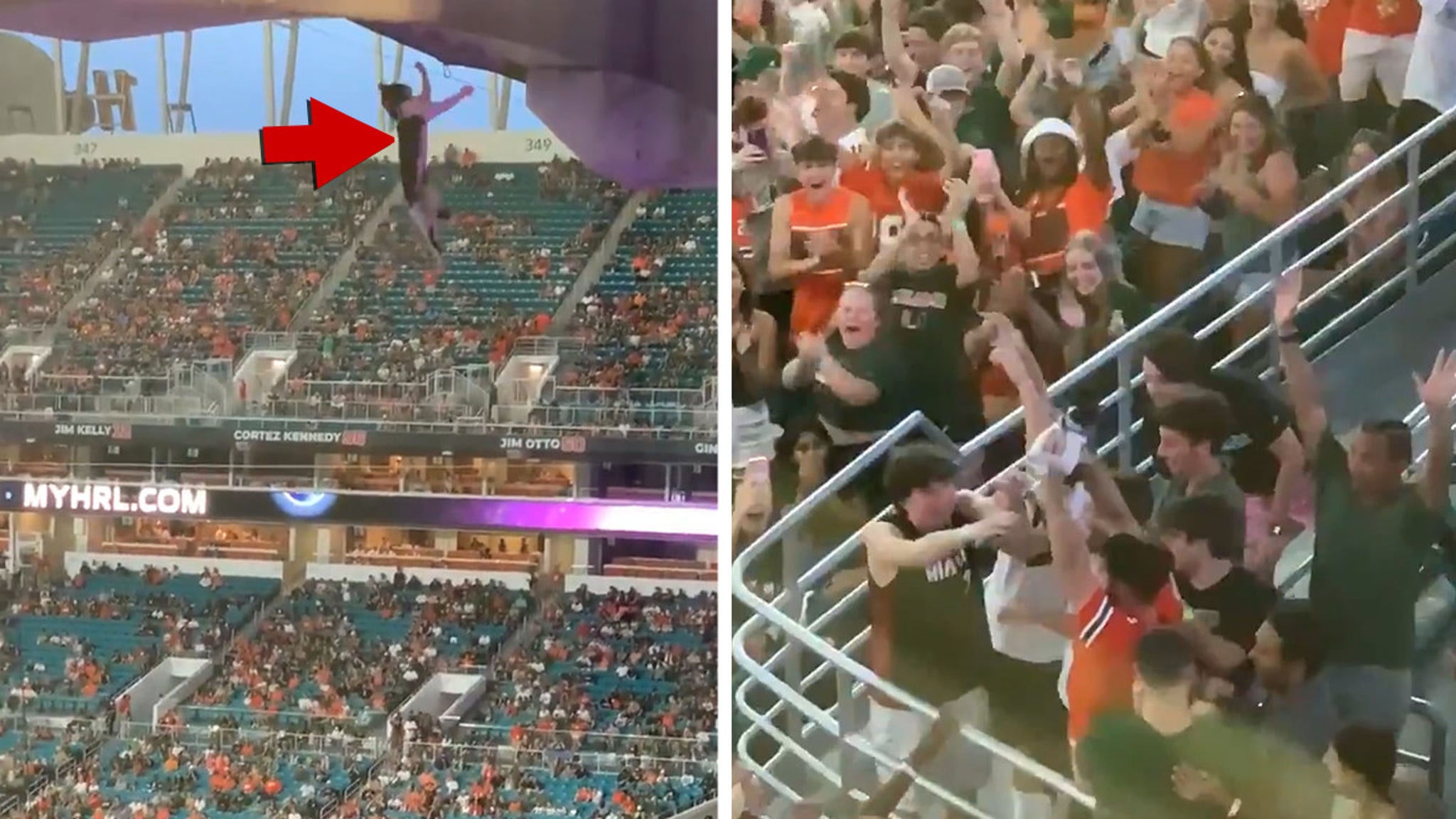 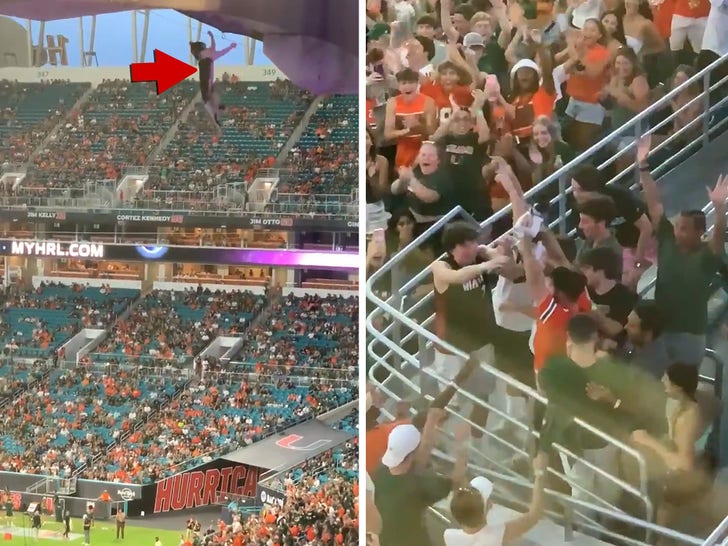 A stray cat is alive today because of some patriotism shown at a college football game.

As fans watched Miami edge out Appalachian State at Miami’s stadium, everyone’s eyes moved from the field to the nosebleed section, as they saw the feline dangling below the upper deck railing. One of its paws apparently got caught on a wire as it struggled.

Well this may be the craziest thing I’ve seen at a college football game #HardRockCat pic.twitter.com/qfQgma23Xm

Fans were at the ready, and when the cat lost its grip and plummeted toward Earth, some quick-thinking fans unfurled an American flag and caught the cat.

You see the cat bounce off the flag and the crowd goes insane.

What’s not clear … whether the cat may have hit the ground or whether the flag entirely broke its fall. Nevertheless, the cat seemed okay.

Security was ready and they captured the cat and removed it from the stadium.

BTW … the Hurricanes beat Appalachian State by a score of 25-23. But real talk … the cat stole the show.