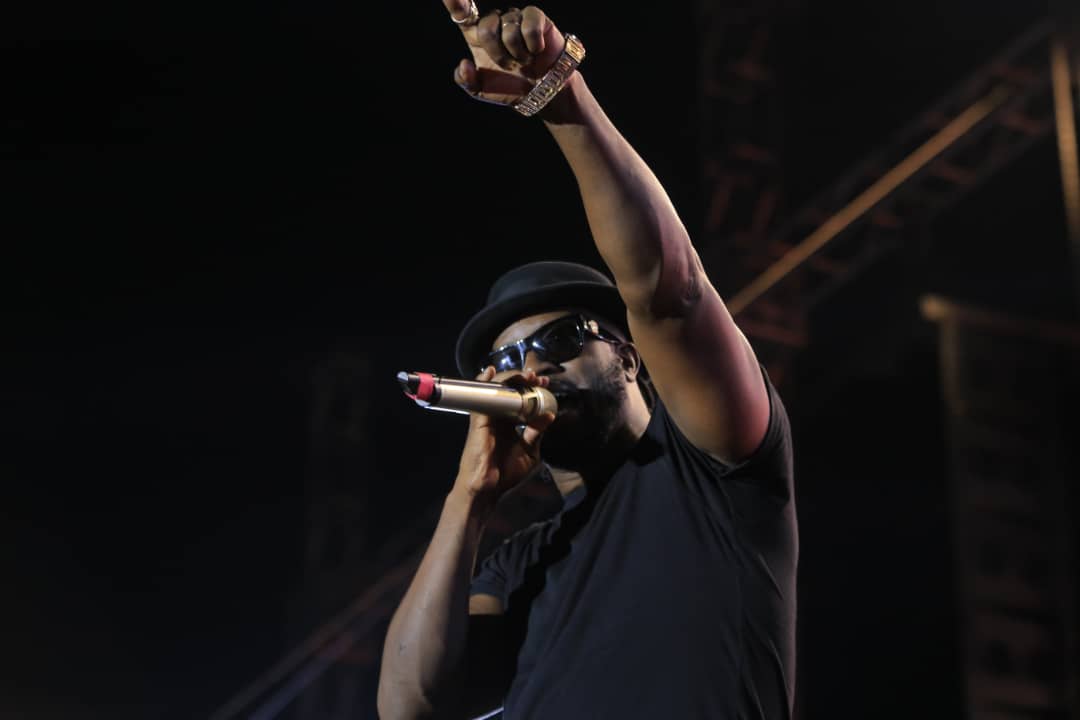 Singer Jose Chameleone came out last night to respond to the incident where Gagamel boss Bebe Cool was pelted with bottles as he performed at Cindy’s Boom Party Concert.

Jose Chameleone who appeared on stage shortly after Bebe Cool called the ‘Wire Wire’ hit-maker to go to him for some lessons on how to stop the audience from throwing at him bottles.

Bebe Cool should come and I teach him what he’s supposed to do so that he won’t be thrown bottles at” – Chameleone said before he started performing his latest song ‘Baliwa’.

While on stage Chameleone was joined by his brother Weasel who ran off stage shortly after doing their ‘Bomboclat’ song.

Bebe Cool was pelted with bottles last night at Lugogo Cricket Oval as he performed, a thing he braved until he was done with his performance.

After seeing a clip of a fan on social media who had a swelling from a bottle thrown at them, Bebe Cool posted on his social media calling out this particular fan to look for him.