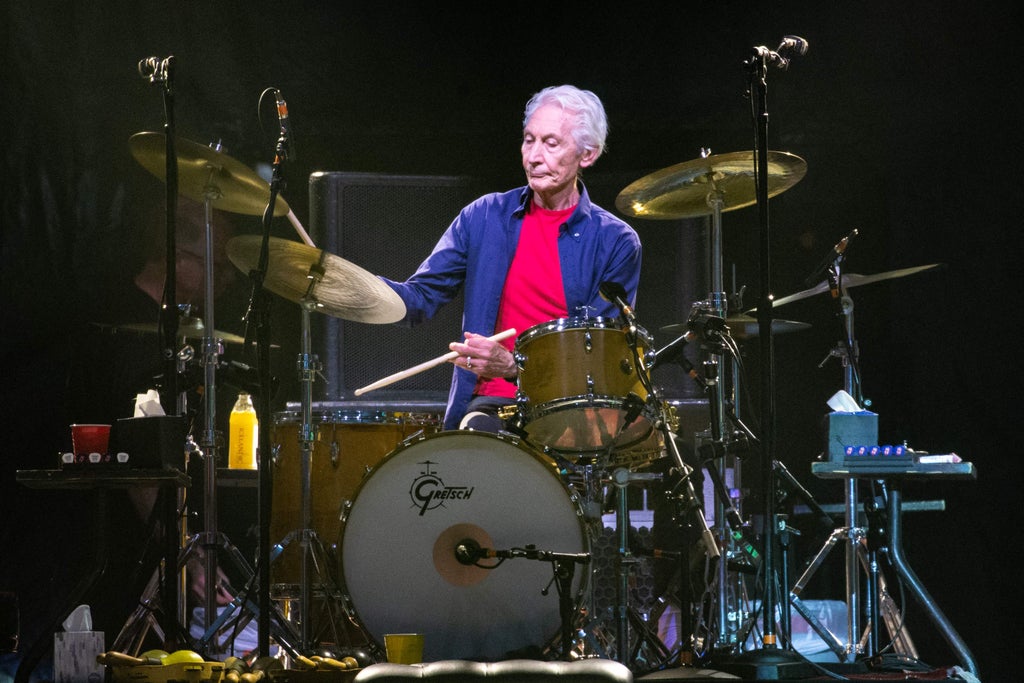 he Rolling Stones drummer Charlie Watts has died at the age of 80 on Tuesday.

His London publicist Bernard Doherty confirmed the sad news in a statement.

It comes just weeks after the rocker pulled out of the band’s US tour No Filter.

Mr Watts died in a London hospital surrounded by his family.

The statement read: “It is with immense sadness that we announce the death of our beloved Charlie Watts. He passed away peacefully in a London hospital earlier on Tuesday surrounded by his family.

“Charlie was a cherished husband, father and grandfather and also, as a member of The Rolling Stones, one of the greatest drummers of his generation.

“We kindly request that the privacy of his family, band members and close friends is respected at this difficult time.’’

Weeks ago Mr Watts dropped out of the band’s tour as he needed time to recover following a successful operation.

His bandmates Mick Jagger, Keith Richards and Ronnie Wood shared messages of support after the star had an operation.

At the time, Mr Watts had said: “For once my timing has been a little off. I am working hard to get fully fit but I have today accepted on the advice of the experts that this will take a while.”

Tributes have been flooding social media for the late star.

Piers Morgan wrote: “A brilliant musician and a wonderful character, he was the cool, calm, ever-pounding heartbeat of the Stones. Very sad news.”

Nile Rodgers added: “Rest In Power #CharlieWatts RIP. You are a smooth brother. Thanks for all the great music.”

In 2004, Mr Watts was treated for throat cancer at London’s Royal Marsden Hospital after he discovered a lump on the side of his neck.

The musician was given the all-clear after a four-month battle with the disease which included six weeks of intensive radiotherapy treatment.

His spokesman said at the time Mr Watts’ treatment had “not interfered with any tour or recording plans for the group, who have been ‘relaxing between work commitments’”.