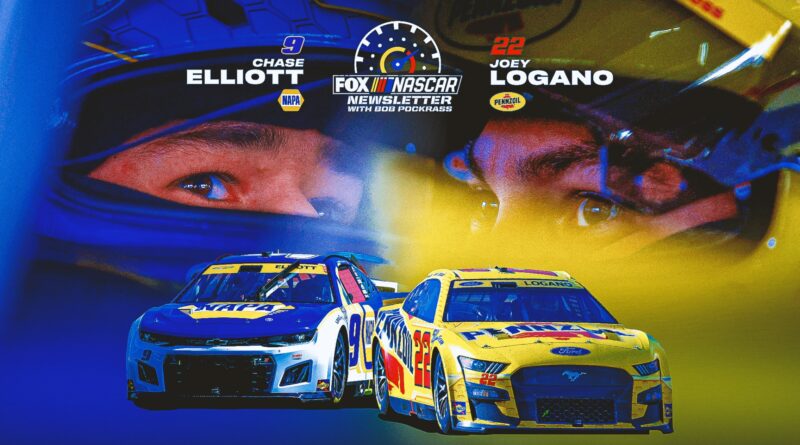 LAS VEGAS — Joey Logano knows his experience racing for a championship didn’t hurt him when he was trying to rally Sunday at Las Vegas Motor Speedway.

Chase Elliott knows his experience didn’t seem to help him.

One former champion (Logano) knows he will race for a championship in three weeks. Another (Elliott) left Vegas questioning himself.

Logano and Elliott are the only two former champions with a shot at the 2022 Cup title. Denny Hamlin (four championship appearances without a title) and Ryan Blaney (four semifinal-round appearances) also have extensive experience in the semifinals, which NASCAR calls the Round of 8. The other four drivers still in contention — William Byron, Christopher Bell, Chase Briscoe and Ross Chastain — are in the Round of 8 for the first time, with Briscoe and Chastain competing in their first playoffs.

The opening race of this round showed that experience in the Cup playoffs matters — kind of. The rest of the round will show more, as Elliott must rebound.

Logano and crew chief Paul Wolfe had to have confidence in themselves to take a risk by pitting for fresh tires with 25 laps remaining. Wolfe had to know that Logano could wheel his car to the front in limited time.

Could someone who had never won a championship accomplish such a feat?

“I don’t know,” Logano said afterward. “I do know when you’re in these positions to race for a win in the playoffs, it just brings the best out of you.

“I was so fired up there the last few laps trying to race for the win.”

Joey Logano on his late strategy at Las Vegas

Joey Logano wasn’t confident he would win when he took a couple of fresh tires late in the race at Vegas, but he said the playoffs bring out the best in drivers.

Since the elimination format was instituted in 2014, drivers have said the pressure is something they’ve never experienced before, as the three-race rounds make every race pivotal. A win advances a driver to the next round; advancing while going winless in those three races typically requires strong runs, especially in the semifinal round.

A day before he struggled in finishing 21st, Elliott said he hoped his experience would help. He has made the semifinal round the past five years, winning the championship in 2020 — the first year he advanced to the final — and making the final round in 2021.

“I would like to say that it matters, but I think good execution and a good week of preparation will probably trump whether or not you have been here before,” he said.

A day later, Elliott had to wonder where his team missed when it came to preparation and execution.

“I just did a really bad job,” he said. “I’m obviously missing something at places like this to compete with the gentlemen that know what they’re doing.”

Chase Elliott on whether experience matters

Chase Elliott discusses whether he thinks playoff experience matters, as half the Round of 8 field has never been in this round in Cup before.

Elliott had a 31-point cushion on the cutoff entering the round but left Las Vegas having seen that shrink to 17. Chastain, who nearly won at Vegas and finished second, is currently the top driver (other than Logano), sitting one point ahead of Elliott.

Since the first two years of this playoff format in 2014 and 2015, no driver has made the championship round in his first season in the playoffs. But Chastain is on the verge of doing that.

The job in the first two rounds of the playoffs is more survive and advance. But in the semifinal round, with possibly just one spot available to advance on points, the pressure to win increases.

“I definitely think experience helps but at the end of the day, everybody is here for a reason,” Blaney said. “They have a great team behind them. They are all really good drivers.

“You just try to rise to the occasion and try to find ways to outsmart those guys or outperform them.”

Ross Chastain on his underdog performance this season

Few would’ve predicted at the start of the season that Ross Chastain would be among the eight drivers vying for a championship. He talks about racing in his first Cup playoffs.

Playoff experience in Cup could mean less now than it did five years ago. Because both the truck series and the Xfinity Series have similar formats, drivers who come up the NASCAR ladder are more used to the pressure.

Take Bell, for instance. He competed in this format for two years in trucks and two years in Xfinity, and this is his second year in the Cup playoffs. He views this as his sixth playoffs.

“I had experience with this format for my entire NASCAR career,” he said. “Which isn’t as long as some of the guys I’m competing against, but I think it is all relevant.”

Bell also might have an advantage in that his crew chief, Adam Stevens, won two Cup titles with Kyle Busch.

Christopher Bell on his playoff experience in other series

Christopher Bell said his experience in the playoff format is extensive enough that this being his first time in the Cup Round of 8 shouldn’t matter.

Wolfe, Logano’s crew chief, has also won a title, albeit 10 years ago with Brad Keselowski. Elliott crew chief Alan Gustafson is the other still in contention who has won a Cup title.

“We had a fast car,” Wolfe said after the win Sunday. “I feel I work really hard at the strategy piece. … It’s really hard to look at history. The racing has changed so much with this [Next Gen] car.”

The racing might’ve changed. But what hasn’t is knowing that the time will come when a crew chief has to put matters in the driver’s hands. When that driver has confidence, which often comes with experience, that can help.

“That’s what the playoffs are about. It brings the absolute best out of you,” Logano said before adding: “It might bring the worst, too.

“There’s moments that test your morals and your character and who you are. But it also brings the best out of you. It definitely elevated everybody’s game on this team.”

Joey Logano advances to the championship race at Phoenix Raceway with his victory Sunday at Las Vegas.

NASCAR has a decision to make on Bubba Wallace and whether to issue penalties for the incident Sunday with Kyle Larson.

There are four potential parts NASCAR will review: Wallace’s hooking of Larson in what appeared to be retaliation, his walking on a hot racetrack to get to Larson, his shoving of Larson and his having slight contact with a NASCAR official who tried to intervene.

Should Bubba Wallace be penalized?

Fast Thoughts with Bob Pockrass: Should Bubba Wallace be penalized for his fight with Kyle Larson?

NASCAR needs to react. This was a dangerous move by Wallace. And Larson’s team is in the owners playoffs, so this impacted who might win the owners (team) championship.

A suspension isn’t necessary, though it certainly could be justified, but a fine and some points to show this is unacceptable would be an appropriate reaction.

Stat of the day

“I don’t lift. I know I’m kind of new to running up front, but I don’t lift. I wasn’t even in a spot to lift. He never lifted either.” — Bubba Wallace on the Kyle Larson incident

Bob Pockrass covers NASCAR for FOX Sports. He has spent decades covering motorsports, including the past 30 Daytona 500s, with stints at ESPN, Sporting News, NASCAR Scene magazine and The (Daytona Beach) News-Journal. Follow him on Twitter @bobpockrass, and sign up for the FOX Sports NASCAR Newsletter with Bob Pockrass.

Get more from NASCAR Cup Series Follow your favorites to get information about games, news and more