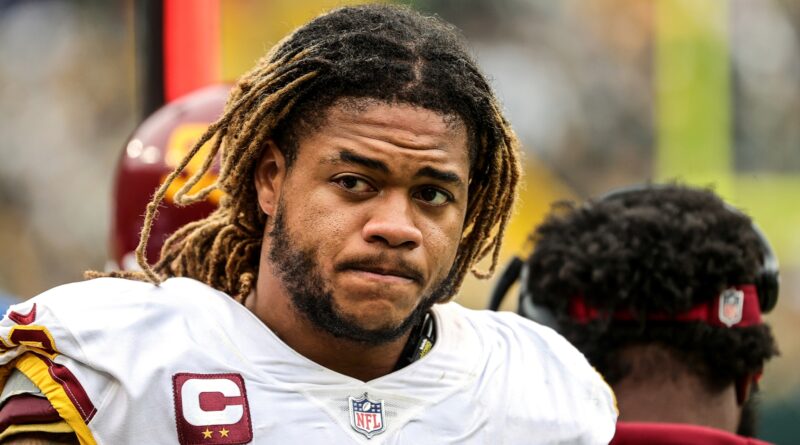 The NFC East will be without a pair of star players when the 2022-23 campaign gets underway in less than six weeks, as Washington Commanders DE Chase Young and Dallas Cowboys WR Michael Gallup will miss Week 1 while they work their way back from season-ending injuries sustained last season.

Gallup, who suffered a torn ACL and MCL in Week 17 of last season, is currently on the Cowboys’ physically unable to perform (PUP) list and revealed that returning for their season opener “is not a realistic possibility.”

Young also started training camp on the PUP list after tearing his ACL last November, and coach Ron Rivera confirmed Friday that the standout pass-rusher was ruled out for at least the season opener, if not longer.

No timeline or target date for a return was given for either player.

Young, 23, was named Defensive Rookie of the Year in 2020 after recording 44 tackles, 7.5 sacks and three fumble recoveries, including one for a touchdown, in his debut season.

“It’s unfortunate,” Rivera said. “But it was a serious injury, obviously, with surgery, and he’s doing everything he’s supposed to.

“He’s on time as far as where the doctors think he should be, and as he gets better and better we can update you. But right now, he’s right where he needs to be.”

Young also said that he’s promoting patience to himself.

“Obviously I want to be back there as fast as I can, but right now I’m just taking it one day at a time, and I’m getting better fast,” Young said. “I can’t rush it.”

Gallup, 26, appeared in nine games (eight starts) last season, reeling in 35 catches for 445 yards and two scores. He previously missed seven games earlier in the 2021 season due to a calf injury.

Gallup is set to take on a major role after Dallas parted ways with superstar Pro Bowl receiver Amari Cooper, having shipped him off to Cleveland in a blockbuster deal in March.

In Gallup’s absence, the Cowboys’ receiving corps will be led by third-year wideout CeeDee Lamb. Beyond that, Dallas has added veteran James Washington, rookie third-round pick Jalen Tolbert, and USFL Most Valuable Player KaVontae Turpin, to the mix.