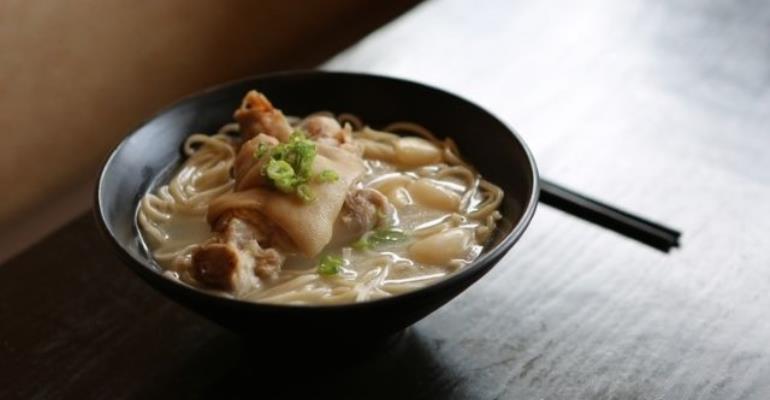 A Chinese Restaurant Operator is in big trouble after he laced his noodles with Opium drugs in an attempt to keep customers coming back.

Chinese Guangxi Province-based restaurant intended to get patrons addicted and increase the chances of them coming back for more.

The restaurateur’s dirty trick was uncovered by mistake, after someone who ate at his local in Sanjiang Dong Autonomous County tested positive for morphine, the active component in opium, during a police inspection.

The shocked man insisted that he had not willingly taken drugs, and told investigators that the only thing he had ingested that he couldn’t vouch for was a bowl of noodles at a local restaurant.

That’s how police ended up making a surprise visit to the noodle shop in question, where they took a packet of snail powder which tested positive for morphine.

After making the initial finding police handed the case over to the Sanjiang County Administration for Market Supervision, which subsequently visited the noodle restaurant again and discovered 76 grams of poppy seed powder. The owner of the establishment, a man surnamed Yang, was arrested and later admitted that he had been using the powder as a secret ingredient to get customers addicted and coming back for more.

Asked how he had come by the poppy seed powder, Yang told police that he had used the husks of poppies that he himself had planted several years before. The case is still under investigation.

Interestingly, the practice of lacing noodles with opium to get people addicted and increase business is not new in China. One of the first reported cases dates back to 2014, when a restaurant owner in Yan’an, Shaanxi province, admitted to lacing his noodles with opium. He was exposed after a customer tested positive for morphine.

At the beginning of 2016, it was confirmed that the Yan’an case was not an isolated one, as Chinese media outlets reported that three dozen other restaurants were investigated for lacing their food with addictive opium, of which some had already been prosecuted.