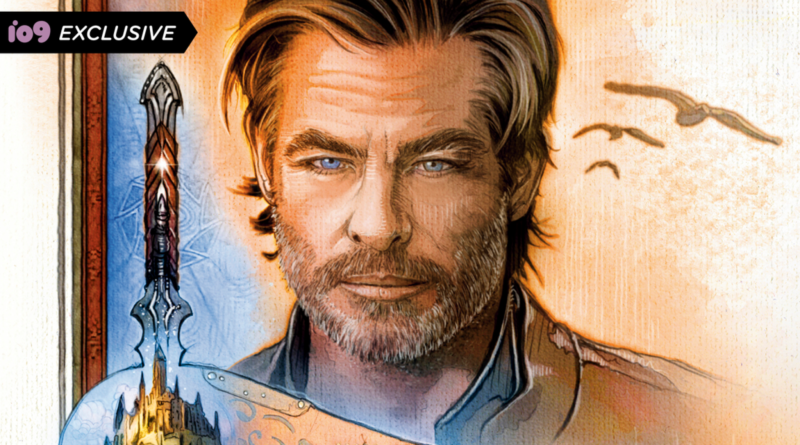 Dungeons & Dragons: Honor Among Thieves is coming in hotter than a red dragon’s flame breath in April next year, but before you meet its band of misfit heroes on the big screen, they will make their introductions in a series of tie-in novels early next year—including Chris Pine’s charismatic bard.

io9 already brought you the news of E.K. Johnston’s The Druid’s Call a few months ago, following Sophia Lillis’ Tiefling Druid Doric, but now we can give you a first look at the cover for The Road to Neverwinter.

Penned by Jaleigh Johnson, Road to Neverwinter follows Edgin Darvis, Chris Pine’s bardic gadabout from Honor Among Thieves. After realizing his life is in shambles and down on his out, a chance encounter with a barbarian named Holga (played by Gina Rodriguez in the movie) sees Edgin combine his need for redemption and a greater need to get some gold by forming a new adventuring crew, including a few more Honor Among Thieves figures like Simon the Half-Elf Sorcerer (Justice Smith) and the roguish Forge Fitzwilliam (Hugh Grant). After making a name for themselves as a heroic group—and occasionally a not-so-heroic group—Edgin and his fellow adventurers find themselves facing a new challenge, infiltrating the party of a lavish Neverwinter noble to loot his riches. But when Edgin uncovers there’s something sinister at play at the Shrake Estate, he has to make a choice about whether gold or his friends matters to him most.

Dungeons & Dragons: Honor Among Thieves – The Road to Neverwinter is set to hit shelves.

TV time
This 4K OLED smart TV comes with Alexa built-in, can run Xbox Game Pass, has an incredible picture, and even has Dolby Atmos & Object Tracking Sound too.