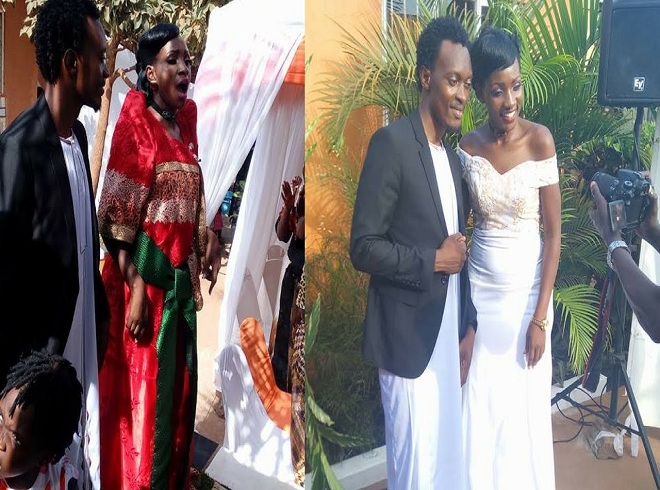 City events promoter also said to be one of Busy Signal’s promoters Suudi Lubega aka Suudi Man has come out to Bukedde  Tv’s Kanayyokya Ani Show presenter Phiona Nabitengero aka Fifi The Queen hard to an extent of calling her “a international hole”.

This follows the latest developments about Fifi which clearly establish it that she is wedding soon. Fifi hosted her fiancee, a one Nsubuga Abdullah last year in a colorful event. The two are set to wed this year!

However Suudi could not help as he came out and wondered how someone would choose to marry an “international hole”(referring to Fifi). “Never make a international hole like Fifida Queen a house wife
Fab love I feel sorry for you” he said.

He however reasoned out his post as more of a check up other than a diss, that everyone though it was. According to Suudi man, Fifi has engaged in several relationships which he says she’s not yet out of. Among these he names their affair with Cranes footballer Farouk Miya saying he has ever found the two making love in a car in Munyonyo.

Suudi also tipped on an affair which he says Fifi had in United States eve after Abdullah visited her parents.

Suudi advised Fifi to settle in one relationship since she decided to get married but he could not forget sympathizing with his fiancee.

Fifie is also remebered to have been singer Ziza Bafana’s girlfriend.