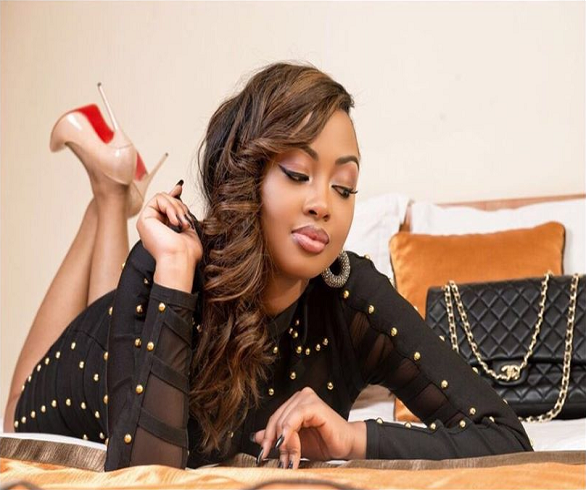 All is not well with city socialite Anitah Fabiola who was nick named Mc Flopiola following the recently concluded Tekno show that she made so boring.

Apparently,after Fabiola rocked One of the Kampala night spot commonly known as Cayenne bar with a gang of friends in a bid to splash money on them.She reportedly fail to clear the bills!
Just like the saying is “free things are dangerous”, her girlfriends continuously Ordered more and more.
The capital Fm presenter was shocked when waiters brought a bill that was bigger than her wallet.

Her girls who had empty pockets could hardly bail her out. Waiters insisted as Fabiola hustled to seek rescue. It was such an embarrassing moment for the assumingly classy lady.
A one Garethy Onyango (one of the bosses to  whom the waiters had reported) is the one who bailed out his long time friend on grounds that she must deliver the money the following day.