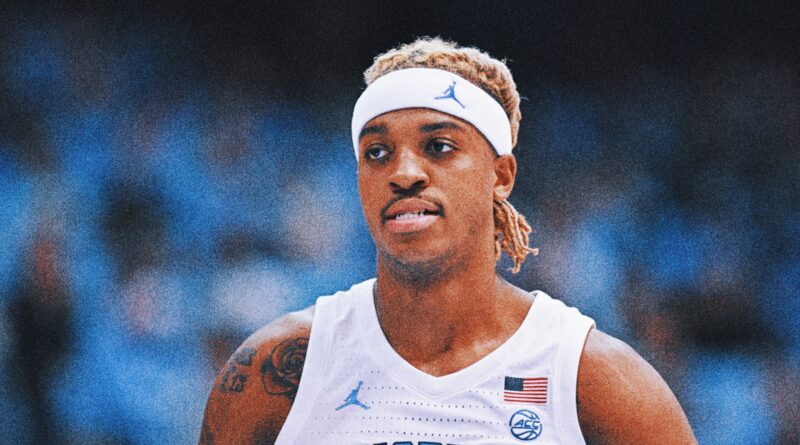 Week four of the college basketball season showcased that parity is alive and well in the sport, but also the fact that certain teams are puzzling to figure out at the moment.

Just look at Baylor, who lost by 26 at Marquette last Tuesday and beat Gonzaga on a neutral floor in South Dakota three nights later. One minute, the Bears didn’t look like a top-25 team, and the next, they rekindled their defense and rose to the occasion.

Look at Indiana, who commanded North Carolina at Assembly Hall and looked the part of a Final Four contender, then was shut down at Rutgers on Saturday.

Then there’s Arizona, who entered Pac-12 play coming off a Maui Invitational championship and followed that with a conference-opening loss to Utah. What?!

Those aren’t the only cases like this in college basketball. On Sunday, Creighton lost to rival Nebraska at home, while Michigan State fell to Northwestern in East Lansing. It’s just further evidence that there’s still a level of unknown across the country with a variety of teams, and that may not be exemplified more than with North Carolina. The preseason No. 1 in the AP poll, the Tar Heels suffered their fourth consecutive loss Sunday with an 80-72 defeat to an 8-1 Virginia Tech team. Despite returning the majority of their core, UNC looks disconnected defensively and Hubert Davis’ team isn’t playing with enough hunger at the moment. A hangover? It sure looks that way. Carolina isn’t even a top-25 caliber team right now.

Zach Edey is simply not fair, and he’s the clear early front-runner for national player of the year honors. In Purdue’s 89-70 win over Minnesota on Sunday, the 7-foot-4 junior posted a career-high 31 points with a career-high 22 rebounds. The Golden Gophers as a team had 21 boards in the entire game! Edey became the only major-conference player to out-rebound an opponent in a league game since 2009-10. Between his elite level, a balanced backcourt, and an incredibly strong body of work including wins over Duke, Gonzaga, West Virginia and Marquette, it’s cause to place Matt Painter’s team in the top spot.

Saturday’s 53-48 win over Saint Mary’s was far from pretty, but it’s the way Kelvin Sampson’s Cougars are going to beat a lot of teams this season. Houston redshirt junior forward J’Wan Roberts has taken a leap for the program, going from 3.2 points and 4.9 rebounds per game last year to 10.4 points and 7.9 boards this season. He had 15 and eight in 36 minutes against Saint Mary’s. Because of the offensive inconsistencies and the lack of a great win, Houston moves down a spot for us this week. They have a great opportunity at home against Alabama on Saturday.

Marcus Carr and Tyrese Hunter make such a dynamic duo for Chris Beard in the backcourt, and the Longhorns locked down Creighton in Thursday’s top-10 win over the Jays, holding them to 4-for-27 from beyond the arc and containing Baylor Scheierman. Texas’ defense is elite.

Tony Bennett has a team with experience, backcourt playmaking and a staple to the Cavaliers, defense. Reece Beekman and Kihei Clark combined in the road win at Michigan on Wednesday? 34 points, nine assists, two turnovers.

The Huskies have depth, and they’re as physical as any team in America. When you add in offensive spurts with their constants, defense and rebounding, Connecticut is Final Four-caliber. Jordan Hawkins is finding his rhythm, and went off for a career-high 26 points in Thursday’s win over Oklahoma State.

The Volunteers are the best defensive team in the country and have six players averaging between 9.5 and 12.0 points per game. That makes them a really difficult team to prepare for and beat.

Six players scored in double-figures, while Jalen Wilson and Kevin McCullar combined for 32 points and 23 rebounds in the Jayhawks’ 91-65 blowout win over Seton Hall on Thursday.

How about the Terrapins? Kevin Willard has an 8-0 team in College Park with wins over Miami (FL), Saint Louis and most recently, Illinois. The Terps’ staff got buy-in during the offseason from returnees such as Donta Scott, Hakim Hart and Julian Reese, and Charlotte transfer Jahmir Young has headlined the additions. He had 24 in the victory over the Illini on Friday. The Terps, picked 10th in the Big Ten preseason media poll, deserve to be a top-10 team in America.

Sunday carried the vibe of “that’s more like it” for the Wildcats. In a get-right game against Cal, Azuolas Tubelis and Oumar Ballo combined for 42 points and 19 rebounds.

Kyle Filipowski is one of the best freshmen in America. He’s scored in double-figures every game and has totaled five double-doubles, which ranks second nationally. Fellow top recruit Mark Mitchell led the team in scoring for the first time this season with 15 in Saturday’s win over Boston College. Duke is young, but they have great potential because of their defense.

Even though the Illini fell on Friday at Maryland, Brad Underwood’s team has balance and versatility that should bode well as the season goes on. Baylor transfer Dain Dainja has been a revelation, averaging 11.1 points and 6.1 rebounds per game.

Rutgers has been the thorn in the Hoosiers’ side in recent years, as IU has dropped its past six meetings against the Scarlet Knights. That’s not causing me to remove the Hoosiers from the top-15 because Trayce Jackson-Davis is still one of the best players in America and Xavier Johnson is a veteran guard to run the show. Five-star freshman Jalen Hood-Schifino, who had 14 points and six rebounds in the win over North Carolina, also missed the Rutgers game with back tightness.

The Bruins have won four in a row, beating Oregon on Sunday with four scoring in double-figures in the victory. Mick Cronin has an outstanding talent in 6-foot-5, five-star freshman Amari Bailey, who’s averaging 16.0 points per game on the winning streak.

I love everything about Crimson Tide freshman Brandon Miller, and Nate Oats has an intriguing backcourt duo with Mark Sears and Javon Quinerly. Alabama ranks in the top-21 of KenPom in both offense and defense.

10 other observations around college basketball

1. Kentucky got a much-needed win over Michigan on Sunday, and freshman Cason Wallace continues to show why he’s one of the best freshmen in America. The 6-foot-4 guard, who is also a terrific defender at his age, had 14 points, eight rebounds and five assists in the 73-69 victory. He’s brought a great competitive spirit to UK. The Wildcats are just outside our top 15.

2. Virginia Tech is an NCAA Tournament-caliber team at 8-1, and senior Justyn Mutts was big-time against North Carolina on Sunday: 27 points, 11 rebounds and four assists.

3. Here’s a Big Ten note you may not know: Northwestern has won back-to-back meetings over Michigan State for the first time since 1962. Senior Boo Buie went for 20 points Sunday night to help the Wildcats take down the Spartans at the Breslin Center. Shorthanded or not, Michigan State is 5-4 after what looked like a promising start.

4. At 5-3, Gonzaga won’t be in play for a No. 1 seed in the NCAA Tournament and the Bulldogs have some real concerns. Their backcourt has been inconsistent, and defensively, Mark Few’s team is not as strong as it’s been in years past. The point? The Zags do not look like a national title contender, and have a variety of things to figure out to get there.

5. Give Craig Smith and Utah a lot of credit. The Utes really disrupted Arizona’s backcourt in their 81-66 win over the Wildcats on Thursday night. The name to watch: 7-footer Brandon Carlson, who is a rim protector and makes so much happen for the Utes on the interior. Utah has won three straight and is 2-0 to start Pac-12 play.

6. A difficult team to evaluate? St. John’s. The Red Storm fell at Iowa State 81-70 on Sunday and dropped to 8-1, but a weak non-conference schedule leaves the questioning of where the Johnnies stand. Their best win came over Nebraska in Queens. The Huskers are outside KenPom’s top 70.

7. Perhaps the best game of the weekend came Saturday when Wisconsin beat Marquette in overtime, 80-77. Greg Gard has reloaded in Madison, and Chucky Hepburn was a star on the road with 19 points. That’s yet another nice non-conference victory for the Big Ten.

8. Xavier had to have it Saturday against West Virginia, and the Musketeers found a way to beat the Mountaineers 84-74. Sean Miller has one of the most underrated transfer additions in the country with his point guard Souley Boum, who went for 23 points, seven assists and four rebounds in the win over WVU. Up next for Xavier? The Crosstown Shootout at Cincinnati on Saturday.

9. After a light Monday, Madison Square Garden takes center stage Tuesday with the Jimmy V Classic. At 7 p.m. ET, Texas meets Illinois — Marcus Carr vs. Terrence Shannon Jr. should be quite the showdown in the backcourt. At 9:30 ET, Duke will try to find a defensive formula for Iowa’s Kris Murray (21.0 PPG, 10.6 RPG).

10. FOX Primetime Hoops, a new slate of Saturday night matchups airing on FOX this season, makes its debut Saturday night with a tremendous matchup between Indiana and Arizona from Las Vegas at 7:30 ET. As if this matchup wasn’t good enough? Gus Johnson and Bill Raftery will call the action. Now that just says “fun.”

Get more from College Basketball Follow your favorites to get information about games, news and more