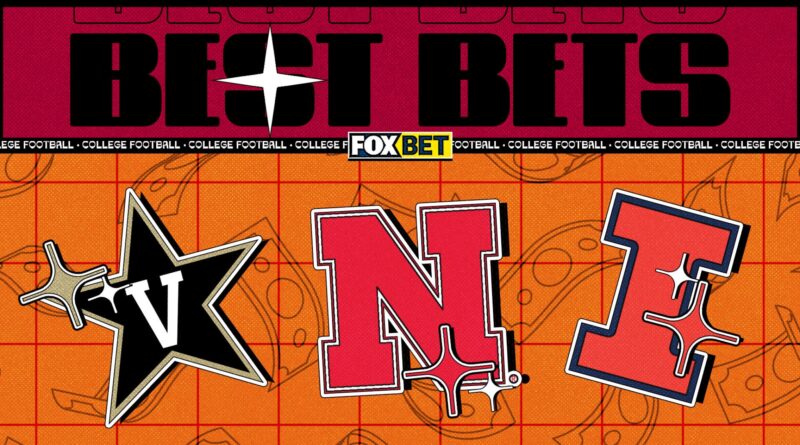 Here we go. The day we fans and bettors have been waiting for has finally come. The start of college football is here!

This first weekend of college ball is Week 0, but don’t let the zero trick you into thinking these games will be losers. These matchups will not only be entertaining, but I’m even picking one of them to go over the 50-point-total mark.

Will this be the year Nebraska finally lives up to the hype from past years? Can Vanderbilt start the season with a big win over Hawaii’s Rainbow Warriors and prove they’re worthy of being a part of the SEC?

Let’s dive into my best bets for Week 0 of the 2022 college football season, with all odds via FOX Bet.

The first game of the college football season is a Big Ten matchup in Dublin, Ireland! This one is between the Northwestern Wildcats and the Nebraska Cornhuskers, and in this matchup, I’m rolling with the Cornhuskers.

Nebraska should have a breakout season in Scott Frost’s fourth year as head coach. The team went 3-9 last season, but all those losses were by single digits. In one of their losses, they had a 94% win expectancy. But their win expectancy was between 47-49% in the other three losses. Essentially, they were a much better football team than their record indicated.

Nebraska brought in new offensive coordinator Mark Whipple, who led the University of Pittsburgh to new offensive heights in three seasons with the Panthers. Texas transfer Casey Thompson leads Nebraska’s offense at quarterback, but they have a shaky offensive line that lacks experience. That inexperience could be a detriment to an offense that does have talent at skill positions.

In this Week 0 matchup, however, Nebraska’s offense is facing a dreadful Northwestern defense. Northwestern allowed more than 30 points a game last season, and I’m not sure why this season would be any different.

When Northwestern has the ball, do not expect any fireworks. With three different quarterbacks getting the bulk of the throws, the Wildcats’ offense ranked 120th in yards per drive and 102 in explosive play rate last season. The presumed 2022 starter, Ryan Hillinski, threw for just under 1,000 yards, completing 54% of his passes and had adjusted air yards per attempt at just above four. Yikes.

Last season, this Nebraska defense was excellent at stopping explosive plays and keeping teams from scoring. I don’t see Northwestern scoring many points in this one.

I was tempted to take the Rainbow Warriors with the points as Vanderbilt laying eight on the road is preposterous. But I’ll take the over and expect fireworks on offense instead.

Hawaii went through an off-season upheaval. The Rainbow Warriors had a coach get fired and multiple players with experience bolt. But now it seems like they’re hitting the reset button. Hawaii legend Tommy Chang returns to the island as the head coach, and I expect the uptempo, run-and-shoot offense to move the ball well against this Vandy defense.

Last season, Hawaii’s defense allowed a ton of yards and points. They lost 10 players off that unit, which, considering how bad they were, might be a good thing. However, Hawaii is still a young team facing an SEC opponent with huge bodies upfront.

The Commodores of Vanderbilt should be able to run the ball until their heart’s content. I predict a back-and-forth game with tons of points!

PICK: Over 53.5 points scored by both teams combined at FOX Bet

Wyoming was crushed in the transfer portal, losing their best players on both sides of the ball. This is not great for a team that won just four games in 2021 and had trouble executing the basics.

On the other side is Illinois. The Fighting Illini did not have an effective offense last year. They were near the bottom of the sport in scoring and passing yards. However, they can run the ball, and I would expect more of that with new offensive coordinator Barry Lunney Jr. who was with Bret Bielema in Arkansas.

The Cowboys of Wyoming don’t have the horses they need to compete for 60 minutes in this game, as Illinois will stop them from scoring (25th in defensive points per drive last season). Look for the Fighting Illini wear down the Cowboys’ defense in the second half.

Geoff Schwartz played eight seasons in the NFL for five different teams. He started at right tackle for the University of Oregon for three seasons and was a second-team All-Pac-12 selection his senior year. He is an NFL analyst for FOX Sports. Follow him on Twitter @GeoffSchwartz