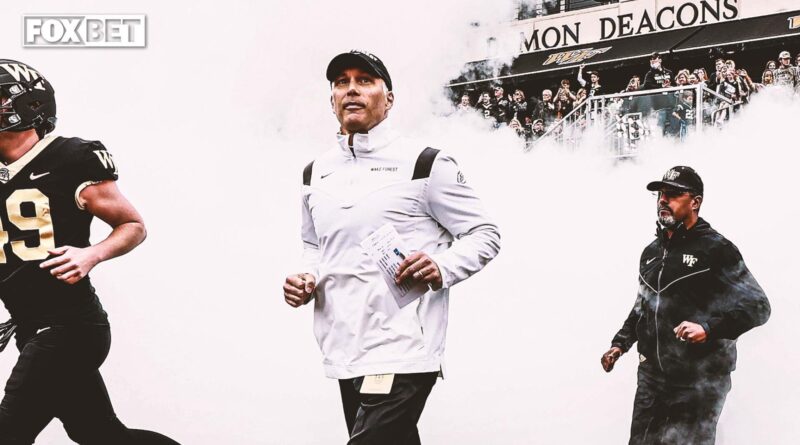 The No. 22 Wake Forest Demon Deacons will face off with the VMI Keydets on Thursday night for a primetime, Week 1 college football showdown.

The Keydets are coming off an underwhelming 6-5 season. The Demon Deacons, on the other hand, are riding the momentum of an 11-3 campaign, including a decisive 38-10 victory over Rutgers in the Gator Bowl.

Can the underdog Keydets kickoff 2022 with an upset win over the Deacons, or will Wake Forest put another W in the win column?

Here’s everything you need from a betting perspective on the game between VMI and Wake Forest, from the point spread, moneyline and total over/under (odds via FOX Bet).

Wake Forest had a stellar 2021 season, losing only to North Carolina, Clemson and Pittsburgh. Coach Dave Clawson is entering his ninth season as the Deacons’ coach, and in that time frame, he has posted a 51-48 overall record.

On the other side of the ball are the Keydets of VMI. The Keydets play in the Big South Conference, so if they get a win over Wake, it would mark the program’s very first victory over a ranked FBS opponent.

Are you taking the underdogs to make some noise or are you riding with the Demon Deacons to dominate? Head over to FOX Bet to get in on the action!