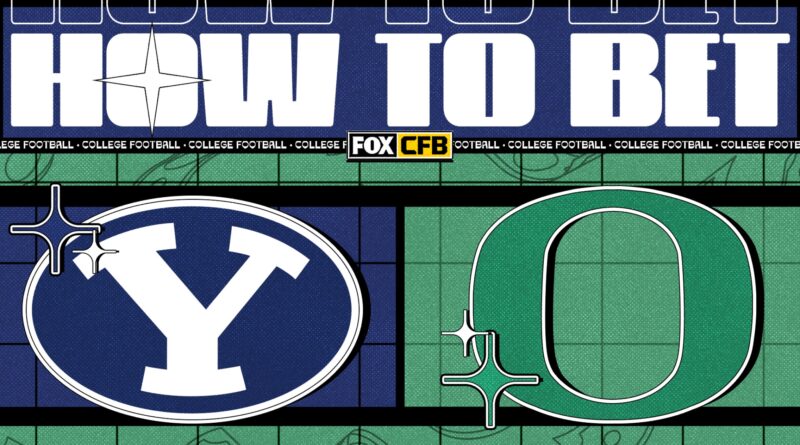 The teams have an even history as the all-time series is 3-3. The Cougars won the most recent game, a 38-8 victory in the 2006 Pioneer Las Vegas Bowl.

Here’s everything you need from a betting perspective on the Cougars-Ducks game, from the point spread, moneyline and total over/under (odds via FOX Bet):

FOX Sports RJ Young is joined by former Michigan Wolverines TE and current Big Ten Network analyst Jake Butt to discuss the Nebraska Cornhuskers’ decision to fire Scott Frost. Nebraska is off to a 1-2 start following their shocking loss to Georgia Southern Eagles. RJ and Jake were surprised that Nebraska opted to fire Frost before the Oklahoma Sooners’ game, but understand why the move was made.

BYU freshman transfer Kingsley Suamataia started the first two games for the Cougars. Where did the five-star recruit transfer from? Oregon, where he was the top recruit of the 2021 class.

The Cougars have owned the Pac-12 Conference of late as they have won their past five games against a Pac-12 team.

The over in the over/under (O/U) has hit in five of BYU’s past seven games.

BYU is 4-1 against the spread (ATS) in its past five games played in September.

Oregon is on a 20-game home winning streak.

The Ducks are 9-1 in their past 10 games played in September, with the lone blemish the 49-3 loss to defending national champion Georgia in Week 1.

This prime-time, non-conference matchup in Eugene will be a rock fight between two teams that pride themselves on their physical play.

Oregon bounced back against Eastern Washington after being embarrassed by Georgia. BYU smoked South Florida in Week 1 and then had an impressive overtime win against Baylor in Provo last weekend.

However, I’m taking the under in this game and I’ll explain why.

Right now, Oregon does not trust quarterback Bo Nix. It’s clear by watching the game-plan design and the Ducks’ lack of faith with him on third down. They would prefer to run the ball and avoid situations where Nix needs to be their offense, even though their skill position players are far more talented than the BYU secondary pieces. On paper, Oregon should move the ball through the air, but that is not what they want to be right now.

BYU has a quarterback they trust in returning Jaren Hall. He’s off to a fast start in 2022 with 522 yards in the Cougars’ first two games. They are relying on him to produce more offense than last season. In 2021, Hall only made 296 pass attempts and ran for more than 300 yards for the Cougars.

For this weekend, we have to consider this. BYU’s leading receivers are injured, and their statuses for this contest are currently unknown. This means that the impressive start from Cougar running back Christopher Brooks, who’s averaging 6.4 yards per attempt, should be a focal point of BYU’s run-heavy game plan against the Ducks.

Oregon’s defense would prefer teams to run into their two heavy hitters at linebacker. If BYU does attempt to throw the ball, Oregon has a lockdown corner in Christian Gonzalez. Oregon’s head coach Dan Lanning took more interest in the defense last week, so I believe the performance against Georgia is in the rearview mirror.

I do not foresee tons of points in this game. Two run-heavy teams with good front sevens. One team doesn’t trust their quarterback, and the other is without its top receiving targets.

Both teams’ scores will be in the 20s.

PICK: Under 57 points scored by both teams combined at FOX Bet

Are you ready for some college football? If so, head over to FOX Bet for all your wagers.