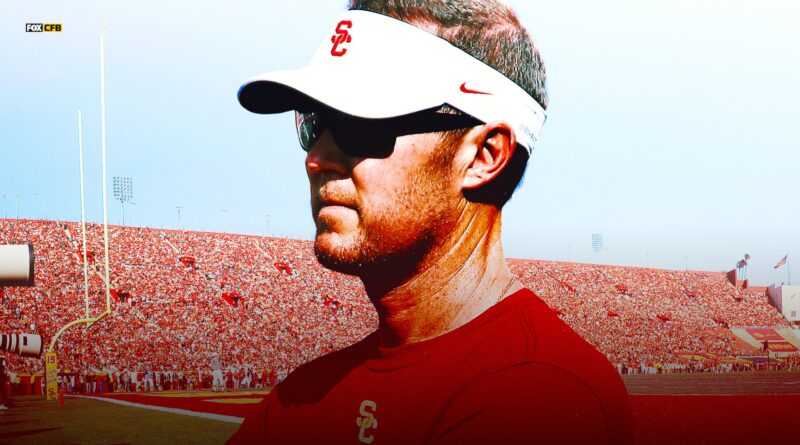 The USC Trojans travel north to take on the Oregon State Beavers in a college football contest between Pac-12 undefeated teams.

In his first year as the Trojans’ head coach, Lincoln Riley has cruised to three wins over Rice, Stanford and Fresno State. The Beavers are having themselves a great year, too. They’ve toppled Boise State, Fresno State and Montana State.

Will Riley & Co. go back to SoCal with a perfect record intact, or will the Oregon State Beavers add another W to their win column?

Here’s everything you need from a betting perspective on the game between USC and Oregon State from the point spread, moneyline, total over/under and expert pick (odds via FOX Bet).

I have been waiting for months to wager on this game and was disappointed I’m only getting seven points with the Beavers.

Oregon State smashed USC last season in the Coliseum by dominating on the ground. While their rushing attack is not quite the same this season, they will run back the same game plan.

The Beavers are 25th in explosive rushing plays; USC’s defense is 119th in rushing success rate. What has accelerated the Beavers’ offense into having the second-highest rate of explosive plays? It’s their offensive design and quarterback Chance Nolan. Beavers head coach Jonathan Smith is a master at drawing up explosive pass plays off play action pass and Nolan has let it fly this season. He’s at 13.1 air yards per pass attempt, and while this offense will miss tight end Luke Musgrave this weekend, Nolan should still have his way with a USC pass defense that does not generate much pressure. The Trojans have only had 16 total pressures from their defensive linemen over three games.

From a gambling perspective, Oregon State has also done well in this spot. Just saying.

Now, here’s a question you must ask every week when USC plays. Can the opposing defense slow down USC’s offense enough to keep pace?

The Trojans’ offense is freaking legit, man. Quarterback Caleb Williams with Jordan Addison, Mario Williams and Travis Dye rank seventh in success rate and 16th in explosive play rate. USC’s offense does the most damage in the first half. Eleven first-half touchdowns in 15 drives is a high level of efficiency. However, we did see the first actual defense they faced in Fresno State slow down their passing attack more than any other team has been able to. The way Oregon State’s defense is set up, the Beavers will attempt to do the same. They have a veteran group of secondary players and are seventh in havoc rate. I do expect some issues for the Beavers’ run defense and tackling in space, which they’ve struggled with under Coach Smith.

But more than anything right now, USC is living right.

They are +10 in turnover margin with an expected turnover margin of +2.5. They have recovered every fumble they’ve forced, and they’ve recovered all their own fumbles. But this pace cannot be sustained. Fresno State was driving the field to bring the game within four points in the third quarter when the team’s quarterback got hurt. That ended the Bulldog’s chance at being a threat to the Trojans.

The Beavers take care of the ball and play well at home. I’ll take them to cover.