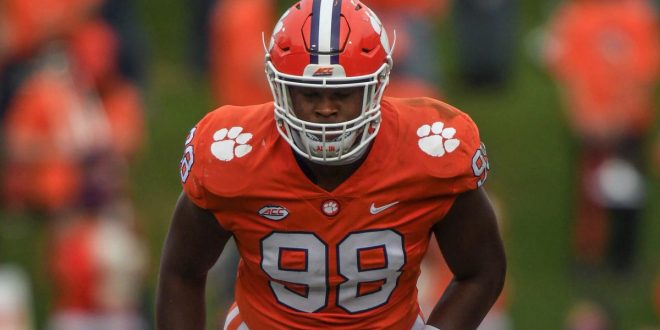 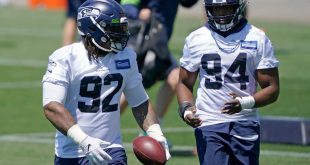 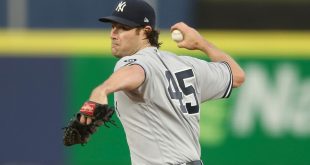 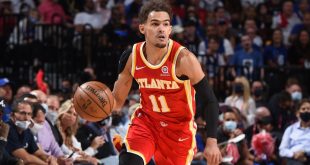 We went a whole year without a UCF undefeated national champion squabble. Everyone ready to resume?

The Knights got the argument started emphatically in Atlanta Saturday, blitzing Georgia Tech 49-21 in their season opener. This was exactly the kind of victory a non-Power 5 program needs and which will be in rare supply in 2020, with so many non-conference games canceled. Kudos to the Yellow Jackets for keeping the UCF game on their revised schedule—and for giving the Knights a bigger target to shoot at by upsetting Florida State last week.

Thus UCF is positioned to once again insert itself into the College Football Playoff discussion. In 2017 the Knights went undefeated and unloved by the CFP, moving athletic director Danny White to declare his 14-0 team national champions and put it on the facade of the team’s stadium. In 2018 UCF again went unbeaten in the regular season but then lost to LSU in the Fiesta Bowl, short-circuiting a second straight unilateral title declaration. Last season, the first without star quarterback McKenzie Milton, was a relative backslide to 10-3.

But now, after piling up 660 yards of offense with sophomore quarterback Dillon Gabriel looking razor sharp, we are in the beginning stages of UCF vs. the Establishment, Round Three. There are a few wrinkles that could make this year’s argument a little different.

So the opportunity might never be better, not just for the Knights but a few of their American Athletic Conference brethren. Cincinnati (1-0) loosened up by blasting FCS Austin Peay, 55-20. Memphis is 1-0 but having trouble playing additional games due to COVID-19 problems. Houston still hasn’t played due to opponents’ COVID-19 problems. All three of them are on UCF’s regular-season schedule: at Memphis Oct. 17; at Houston on Halloween; Cincinnati in Orlando Nov. 21.

UCF’s three losses last season were the only three games in which the Knights lost the turnover battle. They were on a plus-three turnover margin Saturday against Georgia Tech, with freshman defensive lineman Josh Celiscar producing a forced fumble, a recovered fumble and an interception in his first college game. If the Knights don’t beat themselves, they could be unbeatable in 2020—and arguing once again that they deserve a shot at the title.

UCF’s big win wasn’t the only big news for the Sunshine State. Miami moved to 2-0 by easily handling Louisville in the only matchup of ranked teams this weekend. The U might not be “back”—but they have a road map for getting there. It includes a productive running game, some added playmaking verve at quarterback from D’Eriq King and a defense that made many big plays against a potent Louisville offense.

Next game: Saturday vs. Virginia

The Tigers have outscored their first two opponents 76-0 in the first half. The backups haven’t been sharp against either Wake Forest or The Citadel, which might sound like small potatoes now but could be a bigger issue in the inevitable event of injuries and/or COVID-related inactive players. Freshman defensive end Myles Murphy already has four tackles for loss, two sacks and a forced fumble.

Next game: at Wake Forest Saturday

South Florida’s new coach is Jeff Scott, who came from Dabo Swinney’s staff at Clemson. What he saw Saturday in Notre Dame Stadium looked familiar. ”It felt like I was playing Clemson out there the majority of the game,” Scott told the South Bend Tribune. “Just in gold helmets.” After a pedestrian performance in an opening win over Duke, the Fighting Irish were dominant against the Bulls.

Next game: Saturday vs. Florida State

The Hurricanes thoroughly controlled their early-season showdown game at Louisville, the second straight season they have blown out the Cardinals. King has been an energy transfusion for Miami, but the Rhett Lashlee-coordinated offense also has done what his mentor Gus Malzahn does so well—develop a proficient running game. ‘Canes have run for more than 500 yards in two games.

Next game: at East Carolina Saturday

The Knights have plenty of playmakers: six players had double-digit runs Saturday, and three had receptions of 40 yards or more. Oklahoma transfer Jaylon Robinson is the latest big-play guy, racking up six catches for 105 yards in his first UCF game.

Next game: Saturday vs. Troy

The Cougars are going to run out of quality opponents as this patchwork season goes along, and they lost a big one when their game Saturday against Army was postponed (and likely canceled) due to BYU COVID issues. But when the Midshipmen rallied to beat Tulane, that made the Cougars’ season-opening annihilation of Navy all the more impressive.

Next game: Saturday vs. Georgia Southern

The Ragin’ Cajuns’ first game as a ranked team since 1943 teetered on the brink of disaster most of the day. They were behind by two touchdowns for a good chunk of the game, but rallied to take the lead, then lost the lead, then won in OT. Good enough to stay in the SI Top 10 at least one more week.

Next game: Saturday at Texas Tech

Beating the brakes off UTEP doesn’t amount to much, but it does technically check the FBS box so the Longhorns earn a ranking. Every subsequent game will be harder than that one. Even in a downtrodden Big 12. Even Kansas.

Next game: at Boston College Oct. 3

The Tar Heels had a game against Charlotte canceled Saturday due to 49ers COVID problems, leaving them with three weeks between games. North Carolina started slowly against the Orange but then imposed their will in the fourth quarter. Syracuse looks like one of the worst teams in the ACC, so the Heels will have to up their game come October.

Next game: at Western Kentucky Oct. 10

The Thundering Herd was impressive in knocking off a ranked Appalachian State team Saturday, holding the Mountaineers to one touchdown and generating two big takeaways. App State’s 96 rushing yards was its fewest in six years, testament to the Herd’s defensive effort. Marshall quarterback Grant Wells was far less sharp against App State that in the opening rout of FCS Eastern Kentucky, but the freshman is 2-0 as a college starter.

Next game: at Cincinnati Saturday

The Cadets lost a marquee game against BYU but have another one dead ahead against the Bearcats. Army has outscored its first two opponents—admittedly bad teams—by 72 points. That’s the program’s highest margin of victory through two games since 1955, which is a long time ago.