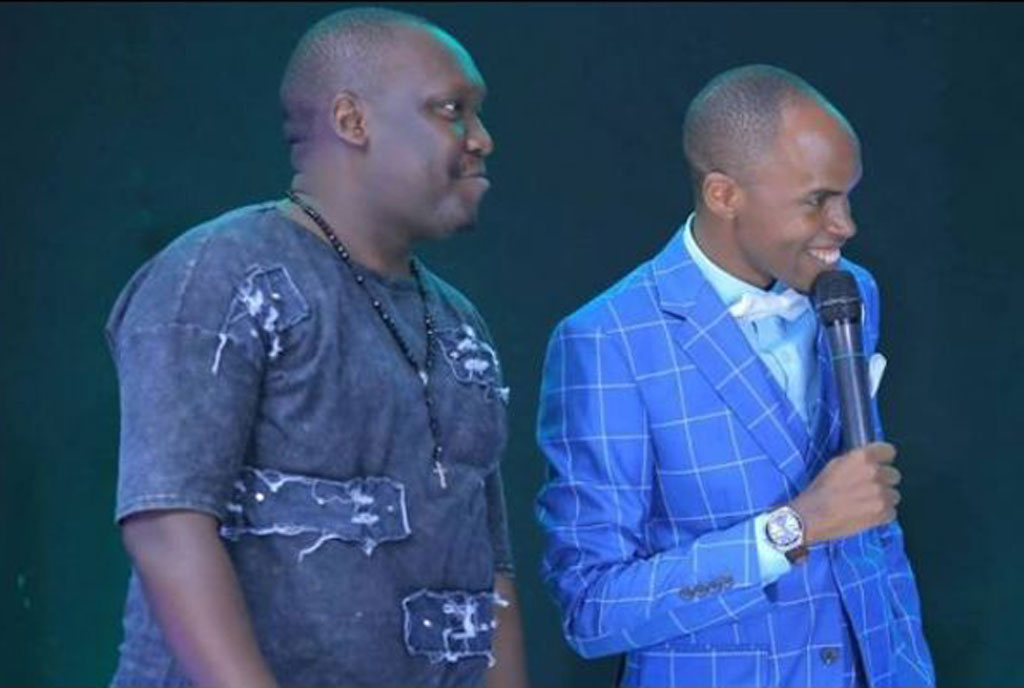 Comedian Patrick Idringi aka Salvador has come out to name and shame a famous TV presenter who he says is behind the beef between him and comedian Alex Muhangi.

Recently in an interview, Salvador said he has not hate for Alex Muhangi but still is not in good terms with him.

Salvador also Muhangi has his camp which feeds him with a lot of poison naming Spark TV’s Miles Ramiti.

He therefore says it’s such bad energies that have kept the beef alive together with social media. Salvador however declared that this year(2020), he’s not up for any bad energies.

He also clarified about rumour that he’s his concert sharing a date with Muhangi’s is a symptom of the beef.

“I am actually happy about that even though I was the first to announce my dates(in 2019), because it show the business is working well” he said adding that people will have choices to make concerning where to go.

The two comedians have a very bold history from way back as they started out their careers together and got through thick and thin together. Salvador also revealed that Muhangi is his kid’s God father.

Salvador will be having his Africa laughs event at Kololo this Friday.