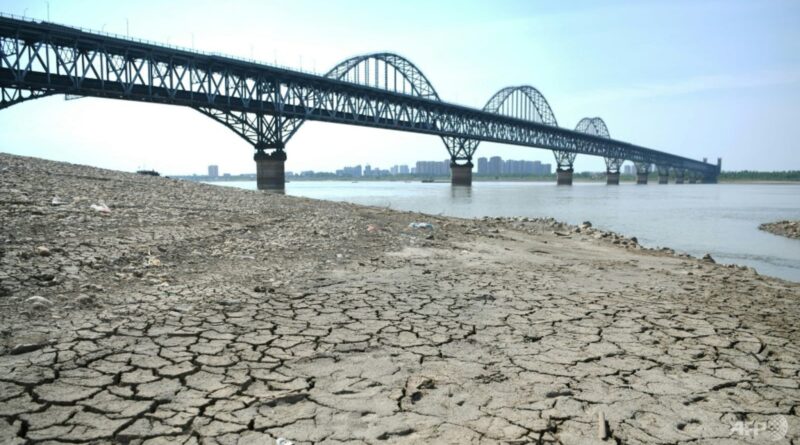 PROVIDENCE, Rhode Island: In a world beset by multiple crises, officials may be looking past the biggest threat of all: China.

The talk among central bankers at the Jackson Hole Federal Reserve Conference focused on inflation and rising interest rates. Absent was any mention that just 10 days beforehand, the People’s Bank of China did exactly the opposite, unexpectedly cutting its key interest rate.

China is beset by three distressing Ds: Debt, disease and drought. They belie a slowdown that is not raising sufficient alarm bells among investors and policymakers. China remains heavily integrated into the global supply chain and is a potential driver of global demand as one of the biggest markets for foreign goods and services.

But economic news from China has gone from bad to worse. Manufacturing contracted in July, retail sales, industrial output and investment all slowed and youth unemployment reached nearly 20 per cent.

There has been a record outflow of portfolio investments via the Stock and Bond Connects. More than 20 per cent of American multinationals are pessimistic about the five-year business outlook, more than double the percentage last year, according to a US-China Business Council poll.

The median 2022 gross domestic product forecast was recently cut to 3.5 per cent, in a country that was growing at 6 per cent two years ago.

The pessimism is warranted. The first D hitting China – debt – is hardly a new phenomenon.

But this time it’s concentrated in the real estate sector, which contributes roughly 20 to 30 per cent of GDP and accounts for 70 per cent of household wealth, 60 per cent of local government revenues and 40 per cent of bank lending, TS Lombard has calculated.

Home prices have fallen for 11 consecutive months, homebuyers are boycotting mortgage payments for unbuilt properties and more than 30 real estate companies have defaulted on international debt. The policy response has been rate cuts and a fiscal stimulus focused on easing liquidity for property developers and boosting funding for infrastructure.

This won’t do the trick. The money supply expanded but credit slowed sharply in July, suggesting China is stuck in a liquidity trap.

Banks are being pushed to lend while demand for loans has plummeted. The fiscal measures to support infrastructure spending are unlikely to offset the property slump.

The central government’s balance sheet is relatively clean, with a debt-to-GDP ratio of roughly 20 per cent. It could insist state-backed institutions lend to property developers and then bail them out, reducing the risk of cascading defaults.

But that only postpones the reckoning and creates the kind of moral hazard Chinese President Xi Jinping wants to avoid.

So China must drive growth via consumption, rather than through real estate or investment. This will take time and require reducing national savings by establishing a social safety net with subsidies for healthcare, housing, education and transport.

D FOR DISEASE AND DROUGHT

At the same time, the property sector’s drag on growth is intertwined with the other two D’s: Disease and drought.

China continues to pursue a zero-COVID policy even as exposure to the virus has expanded to all 31 mainland provinces. Morgan Stanley notes that more than 13 per cent of GDP is currently under some form of lockdown, with Shenzhen and Chengdu affected in the latest wave.

That has weakened consumer and business confidence, spending and borrowing – which won’t be compensated by mildly lower interest rates.

Property developments and infrastructure spending cannot be completed or boosted when a city is shut down. A lack of herd immunity due to less effective Chinese vaccines and relatively low immunisation rates among the elderly mean a much harder transition to living with COVID-19.

On top of everything, drought has brought the Yangtze River to its lowest level since records began in 1865. Nearly 90 per cent of China’s electricity supply requires extensive water resources and blackouts are causing temporary factory closures, further disrupting domestic and global supply chains.

Since six of the areas struck by drought accounted for roughly half of China’s rice output last year, the impact on food supply will be significant.

The stimulus so far rests on credit expansion, delaying the inevitable adjustment and ultimately making it more painful. COVID-19 is likely to surge this winter. Droughts may continue to reverberate through the economy as climate events become more common.

All these factors point to the worrying prospect of a fourth D: China propelling us all into a new global downturn.