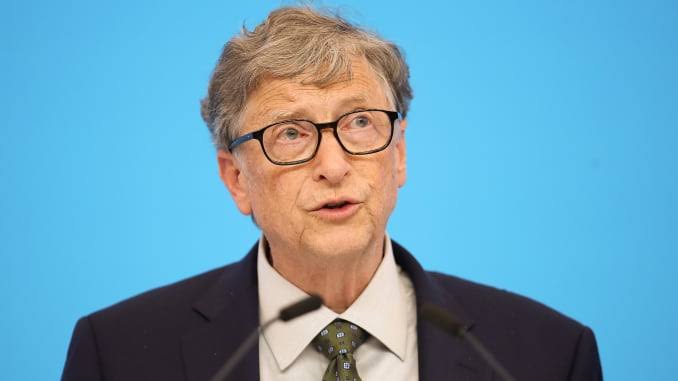 In a presentation at the American Association for the Advancement of Science (AAAS) in Seattle, Bill Gates reportedly warned that the coronavirus could overwhelm health systems on the African continent.

“This disease, if it’s in Africa … it’s more dramatic than if it’s in China, even though I’m not trying to minimize what’s going on in China in any way,” Gates said, according to a report by The Telegraph. “Will this get into Africa or not and if so, will those health systems be overwhelmed?”

Gates said the potential impact in sub-Saharan Africa could be “very, very dramatic.”

He added that the coronavirus could evolve into a pandemic.

In one sense, Gates said, the virus is more concerning than Ebola, since it spreads far faster. The fatality rate of the new coronavirus, which appears to be around 2% is far lower than Ebola’s, however.

“If you look at Ebola, most of the excess deaths were caused because the health service shut down,” Gates said. “It’s not just the direct effect, it’s also the panic, the overload, and the things that affect health workers because you’re already at very limited capacity.”

While there has been only one confirmed case of the coronavirus in Africa, it’s possible that other cases have not yet been reported.

The flow of people between China and Africa has risen sharply in the last decade: According to Quartz, direct airline flights between Africa and China jumped over 600%.

By 2017, more than 200,000 Chinese laborers were working in construction and other projects on the African continent, according to research from Johns Hopkins University. (That number excludes traders and shopkeepers.) The top five African countries with Chinese workers, according to that research, were Algeria, Angola, Nigeria, Ethiopia, and Zambia — which together accounted for almost 60% of all Chinese workers in Africa.

The Bill and Melinda Gates Foundation funds child-immunization efforts in the developing world. Last month, the foundation pledged to spend $100 million to aid the fight to contain the outbreak in China and Africa.

Gates and his wife, Melinda, founded The Bill and Melinda Gates Foundation in 2000 to help improve world health and combat extreme poverty. The foundation announced Feb. 5 that it would donate $100 million to help find treatments and expand testing for the virus, particularly for poorer populations.