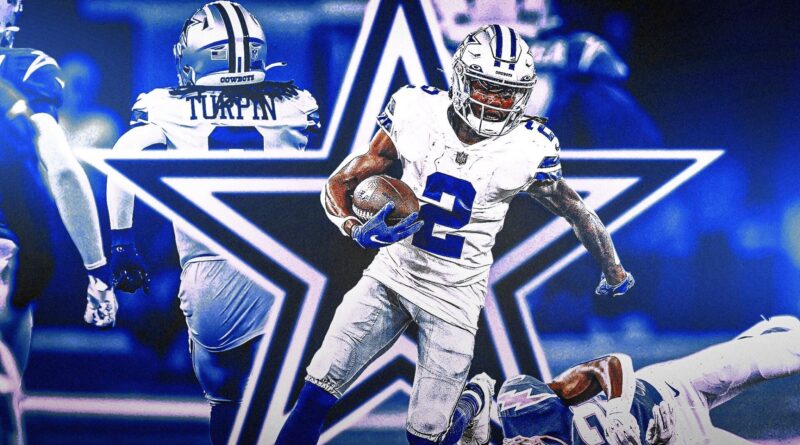 Midway through the first quarter, Turpin notched the Cowboys’ first score of the night, returning a kickoff 98 yards to the house.

The TCU product followed that up with a dazzling 86-yard punt return for a touchdown that brought Cowboys fans to their feet.

Turpin signed with the Cowboys earlier this month after a successful season with the New Jersey Generals. His 540 receiving yards across 10 games led the USFL, and his four receiving touchdowns topped the roster. The speedster also showcased his talents on the ground, carrying the ball 23 times for 129 yards and one score.

Turpin, 26, also returned 12 punts for the Generals, averaging 15.3 yards per attempt and scoring another touchdown.

The Cowboys are a bit light on options for a punt returner this season, having lost one of their primary return men in Cedrick Wilson, and with CeeDee Lamb moving into the No. 1 receiver role, that’ll make him less likely to appear on special teams.

That said, Turpin’s ability as a returner could certainly prove to be a bright spot for the Cowboys this season.