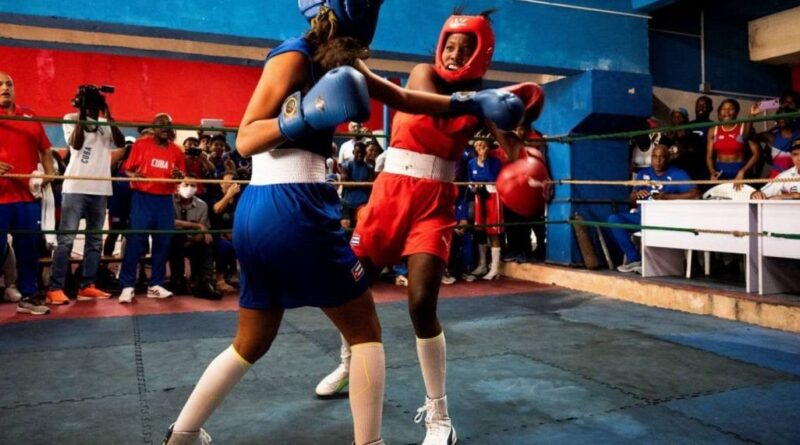 With a strong right jab to the face of her opponent, Elianni Garcia Polledo on Saturday won the first official women’s boxing match in sports-crazed Cuba.

“It is a historic result for Cuban boxing,” said one of the judges over the loudspeaker when announcing the “unanimous” decision for Garcia, from Havana province, over Reynabell Grant, from Guantanamo. Both are 27.

Dressed in red and shorter, Garcia tirelessly landed powerful blows with both hands that hit her opponent’s face, shoulders and abdomen several times.

That is, until the decisive blow, in the third round, left Grant down for the count and ultimately decided the fight.

It was the beginning of the first official women’s boxing program, something that many women and authorities of this sport expected in Cuba, an island that boasts 80 world boxing titles and 41 Olympic gold medals in boxing, including the legendary Teofilo Stevenson.

“This is a moment that we have been preparing for, for several years,” Alberto Puig de la Barca, president of the Cuban Boxing Federation, told AFP.

In the end, there will be 12 females — two for each division, which will be the preselection of the team for the Central American games in San Salvador, in August 2023 and other international events.

“She (García) just kept working on the offensive, looking to shorten the distance,” Raul Fernandez, 55, one of her trainers, told AFP at the end of the fight.

Garcia, who says she came to boxing from athletics, now looks optimistically at her future in boxing.

“I have a bittersweet feeling, because I cannot represent Cuba,” Namibia Flores told AFP. At 46, she is six years older than the age maximum in this sport.

But she can be there outside the ring: “Right now, I am the only trainer and I was one of the first girls who is training since 2006,” she says.

At 70 years old and already retired, Nardo Mestre could not miss this moment.

He was the trainer of Flores and many other girls for nearly 30 years, when, he remembers, Alcides Sagarra, the father of the Cuban Boxing School, arrived one afternoon suggesting the need to train women.

So “it was never approved. Now it was authorized and I am already retired, but proud because five of the girls that I trained are here today,” he told AFP.

Cuba has had female representation in all sports, including weightlifting and wrestling, since 2006, but the last bastion of “sports machismo” long was insurmountable: letting women box.

Women’s boxing is now practiced in 187 of the 202 member countries of the International Boxing Association (IBA).

Women made their debut at the London 2012 Olympic Games, with three divisions.

It has yet to be determined if Cuba could be represented by its women in the next Boxing World Cup in Tashkent, capital of Uzbekistan, next May.