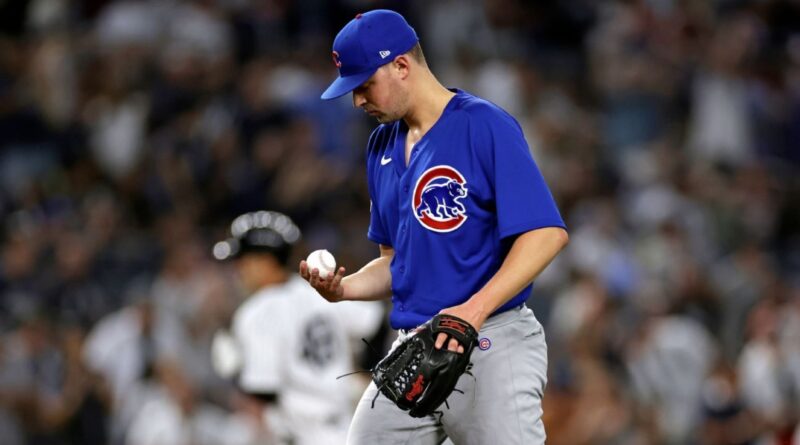 Swarmer, 28, is the second pitcher in MLB history — and first since 1932 — to allow six solo home runs in a single game. He’s the 10th pitcher ever to give up six home runs of any kind in a game and first Cub since 1884.

“It’s a lot to take in from today,” Swarmer said. “Definitely a good lineup, the best I’ve ever faced. Still have to make my pitches.”

Yankees outfielder Aaron Judge hit two home runs off Swarmer, including one to lead off the game. Giancarlo Stanton, Gleyber Torres, Jose Trevino and Anthony Rizzo hit the other four off Swarmer, who gave up seven hits in his outing, with six leaving the yard.

It’s the seventh time this season both Judge and Stanton have homered in the same game, most by two teammates this season.

Stanton’s fourth-inning blast is tied (with himself) for the hardest-hit (119.8 mph) ball this season.

“They have a lot of power, for sure,” Swarmer said. “Have to try and limit the damage next time when things start hitting the fan. Try to make them feel uncomfortable up there. They seemed to see the ball well.”

Swarmer was making his third major league start after a successful debut and follow-up outing. His ERA entering the night was 1.50. It’s now 4.24.

“I just have to do a better job of executing,” Swarmer said. “Hopefully, better things happen next start.”