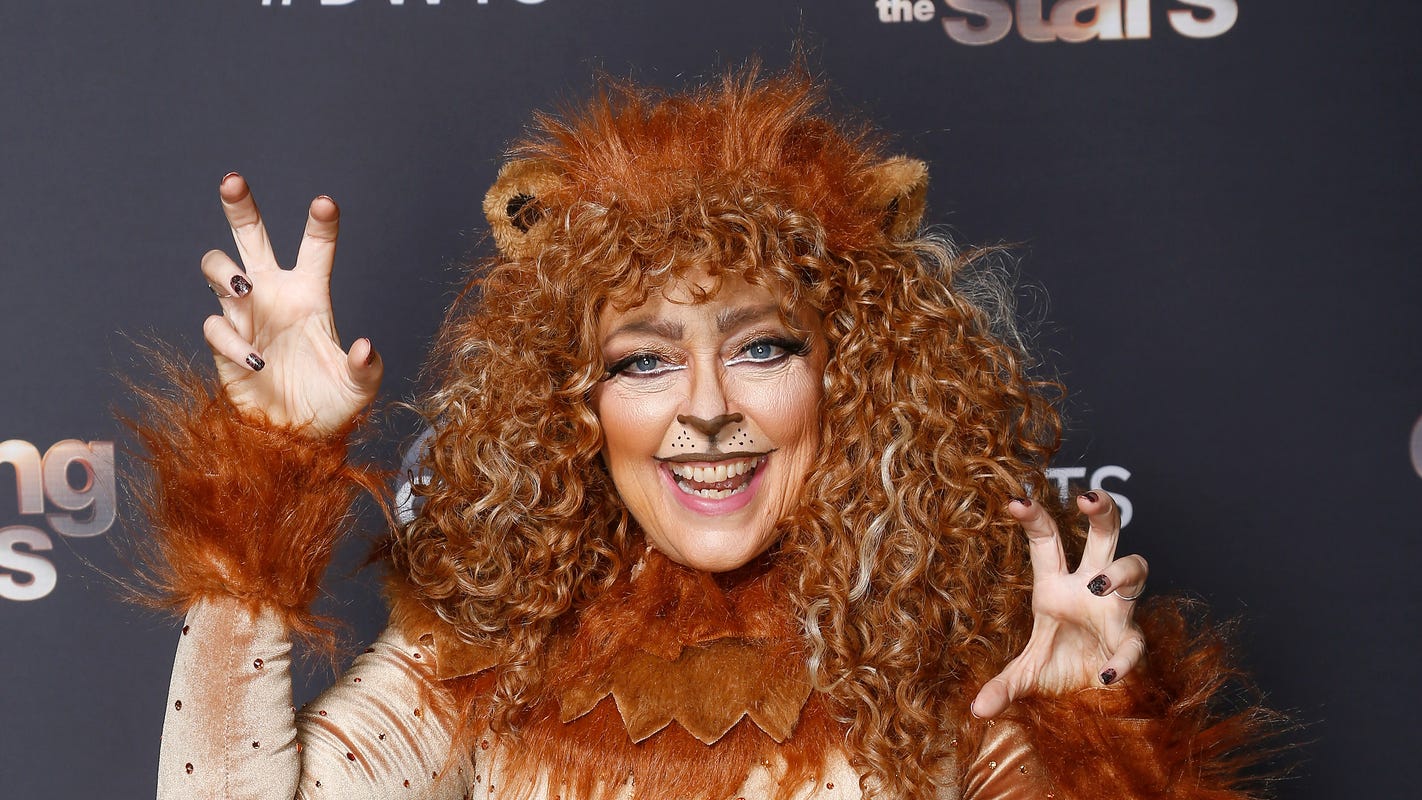 The first night of “Dancing with the Stars” Season 29 was full of tiger stripes and claws. Carole Baskin received the lowest score of the night.

“Dancing With the Stars” Week 3 was Disney Night, which should have been filled with great outfits, joy and ABC-Disney corporate synergy.

Yet, there was something dark on the dance floor Monday night, as the judges took off the gloves rating “Tiger King” star Carole Baskin‘s attempts at dancing. And if you guessed that the animal activist danced to the “The Lion King,” you were not alone.

Of course she did, in a resplendent lion costume that earned judges’ raves. But her samba was mauled in a week that saw Backstreet Boy A.J. McLean show off a new Vin Diesel-style Aladdin and “Bachelor” star Kaitlyn Bristowe grit through her mysterious ankle injury.

Here’s what went down:

The “One Day At a Time” star Machado is an emerging “DWTS” star and shot to the top of the leaderboard last week with an exuberant foxtrot. Machado and pro Sasha Farber’s Charleston to “Supercalifragilisticexpialidocious” from “Mary Poppins” lacked a little of that magic, even as the two took a dive onto the dance floor and popped up, with the famed animated penguins dancing in the background.

Judge Derek Hough called for “more energy” and “sharper” technique with a 6 score. But the beaming Machado, who scored 19 out of 30 for judges’ scores, will be back next week.

McLean was the consummate showman, performing the quickstep to “Prince Ali” from “Aladdin” with pro partner Cheryl Burke with a pizzazz that would get Genie Will Smith’s attention. But the sight that got TV viewers and judges revved up was his newly shaved bald head. McLean took a step away from his usual fashionable hat.

Judge Bruno Tonioli jumped right in, asking if it was really McLean “or Vin Diesel in ‘Aladdin Fast & the Furious.’ ”

Host Tyra Banks asked McLean to name one wish. Surprisingly, all he asked for was an 8 score for the routine. But the judges denied this wish, giving him straight 7s.

Kaitlyn Bristowe did not moan about her injury in ‘Moana’

“The Bachelor” star was all the drama of last week, as Banks breathlessly updated viewers on Bristowe’s mysterious ankle injury. Would she dance or not? She did dance and received the high scores.

Bristowe still hasn’t explained the injury, but danced a rumba to “How Far I’ll Go” from “Moana” in bare feet along with pro Artem Chigvintsev. Apparently, au natural helps the pain. Judge Carrie Ann Inaba called it “the best dance of the night,” said she was “elated” watching and gave it an 8 (total judges’ score 23/30). The best news: Bristowe said actual medical tests showed the damage to her ankle was “tendinitis, shin splints, and a little swollen,” which means we’re hopefully seeing the end to further mentions.

Chrishell Stause was no stumbling Cinderella

The “Selling Sunset” reality show star made an ideal Cinderella all the more storybook in a stunning white ballgown. But Stause admitted to be nervous dancing the waltz to “A Dream Is a Wish Your Heart Makes” with and pro Gleb Savchenko because she’s klutzy and “pigeon-toed.” She even confessed to a recent trip up the stairs.

Yet, after the final twirl, it was clear she had nailed it, earning a “beautiful” from Inaba, who gave it a 7 (total score 23/30).

Vernon Davis’ smile is starting to bust through

The NFL Super Bowl champ was thrilled to be dancing to “Beauty and the Beast,” thinking he’d surely be the Beast. He didn’t hide his disappointment at being the candlestick alongside pro Peta Murgatroyd, dancing the quickstep to “Be Our Guest.”

“Real men play candlesticks,” said Hough, giving a 7 and pointing out the enthusiasm amid some foot fumbles. “You radiate so much joy.” Total score 22/30.

Jeannie Mai is continuing to look ‘Up’

The TV host is not one of the show’s banner name. But she’s bringing unbridled excitement that translates onto the dance floor. Her Viennese waltz to “Married Life” from “Up” with pro partner Brandon Armstrong was my pick for dance of the night, getting a boost from the greatest Pixar movie ever. (It’s Mai’s couple movie with fiancé rapper Jeezy).

The dancers, in gray wigs, even acted out moments from the animated movie that worked – somehow. When the colored balloons fell onto the dance floor it was amazing.

“You have captured the essence of the film. Dancing as acting. Pure storytelling,” raved Tonioli, giving an 8 score.

Mai was so happy, she grabbed Tonioli’s 8 paddle and ran. She had to give it back, but the total score of 22 out of 30 left Mai in good position.

Baskin was pulling out all the stops after barely surviving an elimination in Week 2 that came down to Hough’s final vote in her favor.

During her video preview, Baskin got teary talking about saving big cats, her pet project. It was like she knew she wouldn’t have the soapbox much longer. Of course, her “Lion King” costume was sublime. But the shambling samba with pro Pasha Pashkov to “Circle of Life” nearly broke the circle.

“I am stunned. I actually have never ever seen a samba like this,” roared Tonioli. “If you were dancing with the Brooklyn Bridge you could get more bounce. You just walked through it. Samba needs bounce and energy. You cannot sleepwalk through it.”

Inaba could only point out that Baskin had “beautiful hands when you dance. But samba is more than that. It was lacking most of the other things.” She awarded a 5.

Hough sidestepped hard criticism, giving a “10 for costume, hair and makeup” and a 4 score for dancing. Baskin’s total judges tally of a 12 out of 30 left her in a serious situation.

You know where this is going …

When tallied with the final votes, Baskin and fellow contestant actress Anne Heche were the bottom two in ejection jeopardy. The final decision went to the judges, and there was not much doubt which way it would go this week.

Even the ever-politic Hough couldn’t come to the animal rescue for the second week. “Unfortunately, I cannot save you again the week,” he said. He voted to save Heche.

Tonioli was next, and that was obvious. “I have to do my job,” he said, voting to save Heche. End of story.

Ever-positive, Baskin never stopped smiling, even after her elimination.

“My husband is going to be so happy I’m coming home,” she said, after hugging her partner.