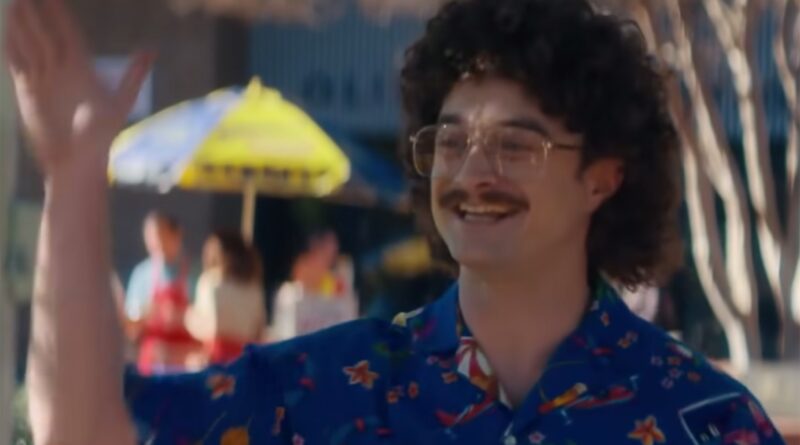 The movie will stream exclusively for free on The Roku Channel.

The life and career of “Weird Al” Yankovic is coming to screens soon. On Wednesday (July 27), a new promotional poster for the biopic starring Daniel Radcliffe revealed the movie’s release date.

Weird: The Al Yankovic Story is slated to premiere on The Roku Channel, where users can stream the movie for free starting November 4. The film’s latest advertisement, meanwhile, shows the Harry Potter star with his back to the viewer, trusty accordion under his arm and ready to take on the bright lights of Hollywood.

The “Like a Surgeon” singer reportedly handpicked Radcliffe to step into his uniquely oddball shoes for the film after coming across an old clip of the actor singing Tom Lehrer’s song “The Elements” in front of Colin Farrell and Rihanna during a 2010 appearance on The Graham Norton Show. “I guess Al saw that and was like, ‘This guy maybe gets it.’ And so he picked me. So I’m very, very lucky, and now I’ve gotten to have accordion lessons with Al,” Radcliffe revealed in an interview on The Tonight Show Starring Jimmy Fallon back in March.

To coincide with the movie, Yankovic is also getting his very own graphic novel, titled The Illustrated Al: The Songs of ‘Weird Al’ Yankovic, courtesy of Z2 Comics this November.

Check out Radcliffe as Yankovic on the film’s new promotional poster below.