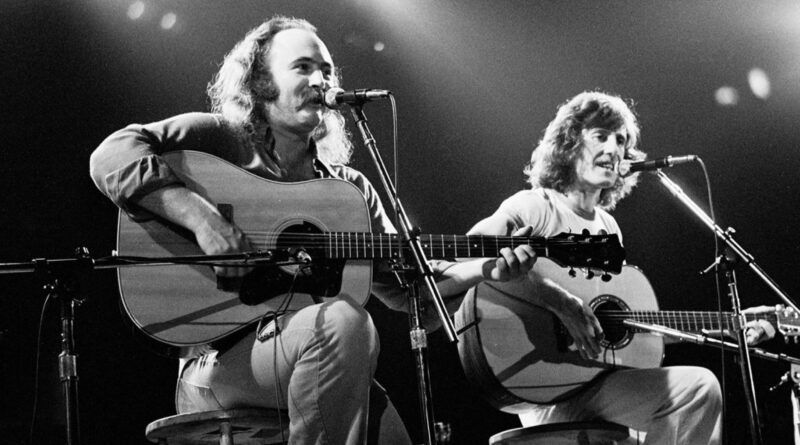 Taken in total, Crosby’s body of work offered a lot to take in, but was always worth the effort.

David Crosby and Graham Nash from Crosby, Stills & Nash perform live on stage at Concertgebouw in Amsterdam, Netherlands in 1976.

Some years ago, David Crosby lamented a lack of outlets for his songs.

“I’ve written so many things,” he explained while promoting in the early 2000s, when he felt he was experiencing a creative renaissance. “When you’re in a band they got tossed in with everybody else’s songs. And no record company wants to release as much music as I’m ready to. It’s a struggle, man — but I just keep writing and keep creating, and one day hopefully everything that I want to will come out.”

Despite that, we’ve heard plenty of songs over the years from Crosby, who died Thursday at 81.

Whether on his own or with The Byrds, Crosby, Stills & Nash (& Young), CPR and, most recently, the Lighthouse Band, Crosby’s idiosyncratic touch with a melody and a lyric was showcased in abundance. Intimate and personal, confounding and meaningful, he was a craftsman guided by a wide array of muses, stylistically and topically. He channeled Woody Guthrie and John Coltrane, Pete Seeger and Ravi Shankar, Bach and The Beatles. He made memorable music from political and social commentary, romantic longing (and, occasionally, fulfillment) and from the well-chronicled struggles with substances that periodically derailed his life.

Taken in total, Crosby’s body of work offered a lot to take in, but was always worth the effort. And from that big stash, these are 10 of the best, in alphabetical order