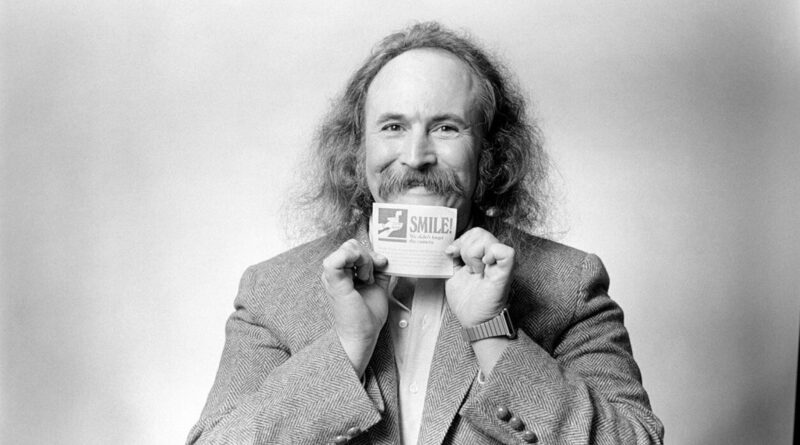 The late David Crosby – whose death was reported Thursday (Jan. 19) at age 81 – left behind a legendary catalog of hits on Billboard’s charts through the years.

The singer/songwriter made his Billboard chart debut in 1965 with the band The Byrds and its smash Billboard Hot 100 No. 1 hit “Mr. Tambourine Man.” The group, known for its jangling guitars and layered harmonies, also topped the list with “Turn! Turn! Turn! (To Everything There Is a Season).” While Crosby departed The Byrds in 1967, he would continue to notch new hit albums and singles through collaborative projects and solo work on through his 2021 studio album For Free, which reached the top 10 on the Americana/Folk Albums chart.

Crosby logged 17 top 40-charting songs on the Hot 100, spanning his solo work and as part of The Byrds and the supergroups Crosby, Stills & Nash and Crosby, Stills, Nash & Young. (Stills, Nash and Young are Stephen Stills, Graham Nash and Neil Young.)

Among Crosby’s Hot 100 hits are The Byrds’ pair of No. 1s, which both topped the list in 1965; “Turn!” notched three weeks atop the list, while “Mr. Tambourine Man” spent one week at No. 1. The two songs are Crosby’s all-time biggest hits on the Hot 100 (we count down his top 20 hits, below). His all-time ranking includes such familiar CSNY favorites as “Teach Your Children,” “Our House” and “Southern Cross.”

David Crosby’s Top 20 Billboard Hot 100 hits chart is based on actual performance on the weekly Billboard Hot 100 through Jan. 21, 2022. Songs are ranked based on an inverse point system, with weeks at No. 1 earning the greatest value and weeks at No. 100 earning the least. Due to changes in chart methodology over the years, certain eras are weighted to account for different chart turnover rates over various periods.