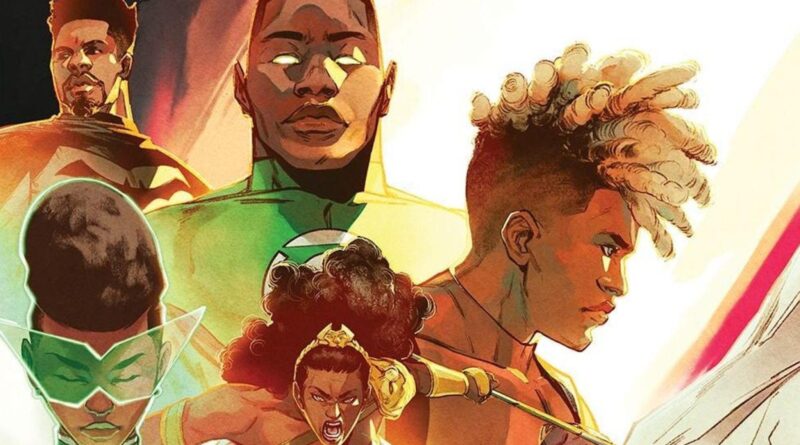 The last several years, both DC and Marvel have released anthology stories celebrating heroes that are queer or of a particular marginalized identity. DC’s output is considerably smaller than Marvel’s, but no less important, as Kevin Conroy’s story from this year’s DC Pride will attest. And come 2023, the publisher is continuing these anthologies with one for Black History Month.

Revealed during DC’s solicitations for January 2023, the DC Power anthology will bring in Black writers and artists to tell stories starring the publisher’s various high-profile Black superheroes. Name dropped in the solicit for Power or featured in the cover include Nubia, Batman (Jace Fox), both Greens Lanterns John Stewart and Jo Mullein, Cyborg, and Aqualad (Jackson Hyde). And though specific teams weren’t given, the creative lineup will include Chuck Brown (Black Manta), Stephanie Williams (Wakanda), Evan Narcisse (io9, Rise of the Black Panther), and others.

DC Power is the second anthology centered on the publisher’s Black heroes coming out next year. In February, DC will release the Milestone 30th Anniversary Special, which will focus on heroes from that particular imprint like Static, Rocket, and Hardware. Though that special and Power will have some of the same creative forces, such as Brown and Williams, it’s probably a safe bet to say that Milestone characters might not really make an appearance in Power. In the past, DC’s had a bit of a weird relationship with Milestone characters appearing in its media and comics, particularly Static. That said, Milestone’s special will feature a crossover between an older Static and Batman Beyond, so maybe there’ll be some exceptions made.

DC Power will release on January 31, while the Milestone 30th Anniversary Special just has the release window of “February” at time of writing. Hopefully it’s DC’s equivalent to Marvel Voices and is used for other anthologies centered on the diverse heroes in DC’s ever-expanding catalog.