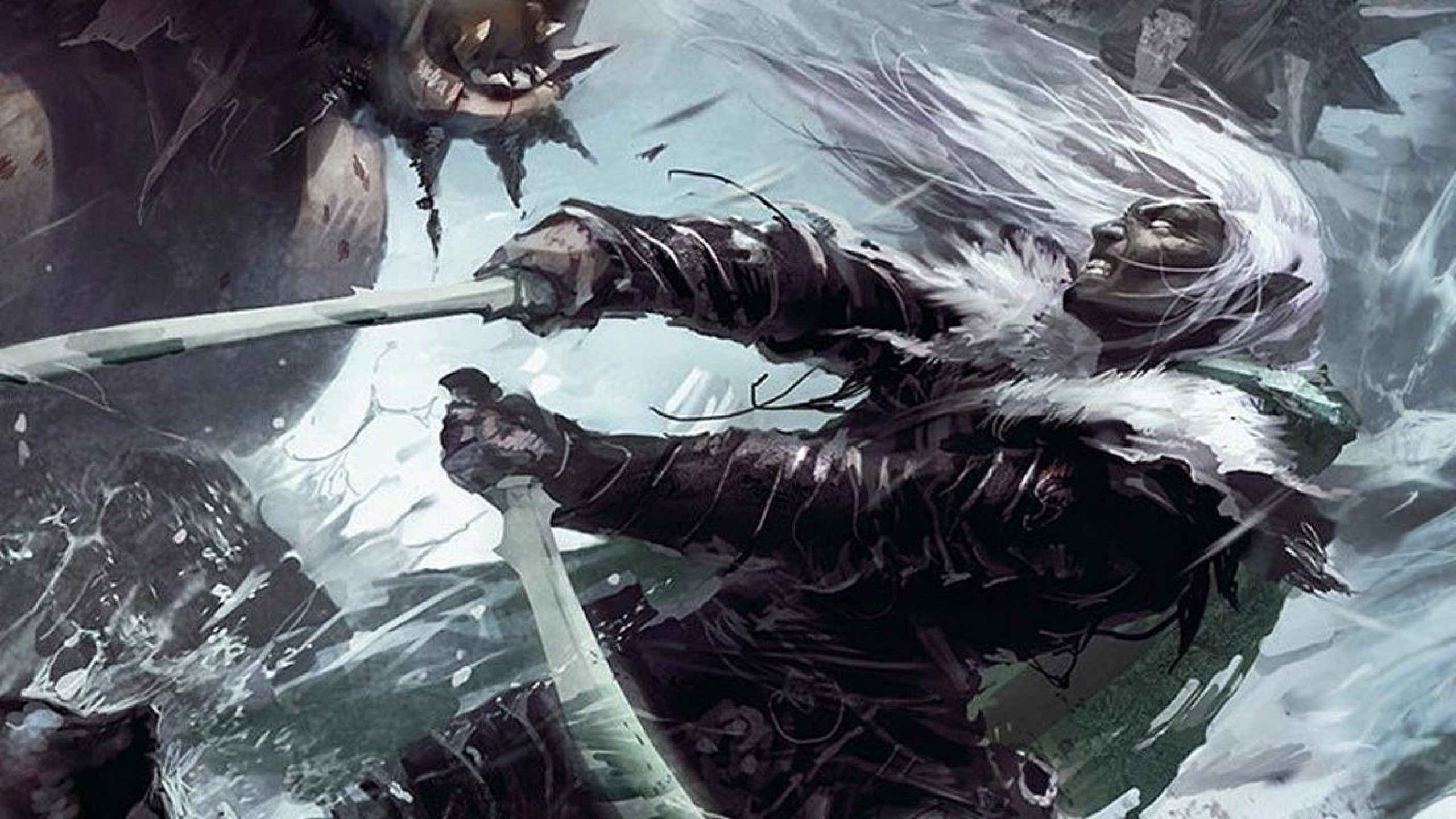 Being the most famous and beloved Dungeons & Dragons character of all time, you’d think every summer would be the summer of Drow elf ranger Drizzt Do’Urden. However, this summer, Wizards of the Coast is going out of its way to honor the savior of the Forgotten Realms, including a video biography that I simply can’t wrap my head around.

The biggest news is, of course, that Drizzt may be the star of the indefinitely-long-in-development Dungeons & Dragons TV series. Here’s what Wizards announced: “In addition to videogames and novels, the Legend of Drizzt has action figures, Magic: The Gathering cards, Funko POP figures, Halloween costumes, t-shirts, replica scimitars, and more. A live-action TV show is in development with eOne entertainment and a movie starring Chris Pine, Hugh Grant, Rege-Jean Page, Michelle Rodriguez, Sophia Lillis, and Justice Smith is in production.”

Although this clearly isn’t a confirmation of anything, it’s real weird to bring up the movie and the TV series in the same paragraph that begins with talking specifically about Drizzt-related media and merchandise. All credit to Polygon, which asked Wizards of the Coast for clarification, and received this reply: “The D&D movie is not focused on Drizzt, but there is a TV show in development that might be.”

“Not focused” makes it sound like Drizzt will possibly be showing up in the D&D movie, just not as a main character. However, the company feeling comfortable enough to tease Drizzt might be the star of the TV series is practically confirmation. There’s no way Wizards would tease this and it not be true because the character’s legion of fans would riot. It’s much more likely that the D&D show will continue languishing in the plane of development hell, where it’s been stuck for the past few years.

But that’s not all! As mentioned, Drizzt is coming to Magic: The Gathering, along with a card of his best dwarf buddy Bruenor Battlehammer and the Drow spider-goddess Lolth, who is not Drizzt’s buddy in any capacity. You can head to Tech Raptor to see the other two, because I don’t know anything about Magic: The Gathering and thus can give you no insight on whether they’re good or bad and also do not care. What I do care about, however, is this absolutely bananas video chronicling—kind of—Drizzt’s childhood in the Drow city Menzoberranzan, his journey to the surface, and meeting his friends Bruenor and the barbarian Wulfgar, along with his longtime love Catti-Brie.

Ahem. Drizzt Do’Urdan has already been having a pretty good year, receiving a snazzy Hasbro action figure and a Funko Pop. He and pals will also be the stars of the Dungeons & Dragons: Dark Alliance video game, which comes out June 22. And there are likely more surprises in store for the Drow and his fans that will be revealed over the next few months. After all, the summer of Drizzt has barely begun.