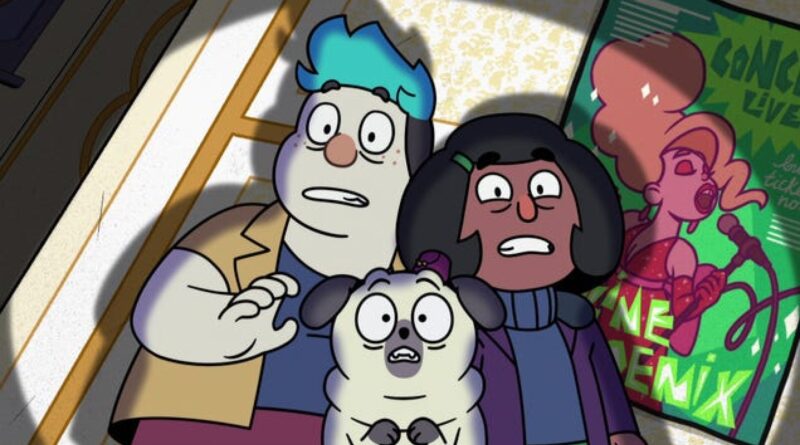 Dead End: Paranormal Park is closing its doors. Before the weekend started, creator Hamish Steele broke the news on Twitter, saying that Netflix opted not to renew the horror comedy (and occasionally musical) show for a third season. The end of the series comes following the news earlier in the week that Netflix had canceled the animated show Inside Job after one season.

“I have held onto this news for a while now, hoping that we could reverse it, change it…But sadly I don’t think that’s possible right now,” wrote Steele. “It’s with a heavy heart that I tell you Dead End is over.” Steele later explained that a writers room for a hypothetical third season had already been made, along with scripts and outlines, when he got the news of the show’s end. Despite the show’s end, he thanked Netflix for allowing the show to be created to begin with, and “giving us the freedom to tell this story.”

Dead End’s first two seasons released in summer and fall of 2022, and was based on Steele’s YA graphic novel series DeadEndia. In the show, Barney Guttman and Norma Khan are a pair of new employees at their local theme park that’s also home to supernatural beings such as demons and the like. Starring Zach Barack, Kody Kavitha, and Emily Osment, the show received pretty good reviews across the board and attention for its queer cast and having Barney as a trans lead.

Though Dead End the show is over, the series is getting something of a proper ending via the third and final (currently untitled) DeadEndia graphic novel. Steele said that the graphic novel would’ve served as the basis for season three of the show, and suggested that buying reprints of the first two books, The Watcher’s Test and The Broken Halo, may secure a future for the show outside of Netflix. In the meantime, he said that he’ll “continue to pitch shows with the same heart as Dead End.”

“I hope Barney, Norma, Pugsley, Courtney and the whole Phoenix Parks crew will continue to give you comfort in times of darkness.”