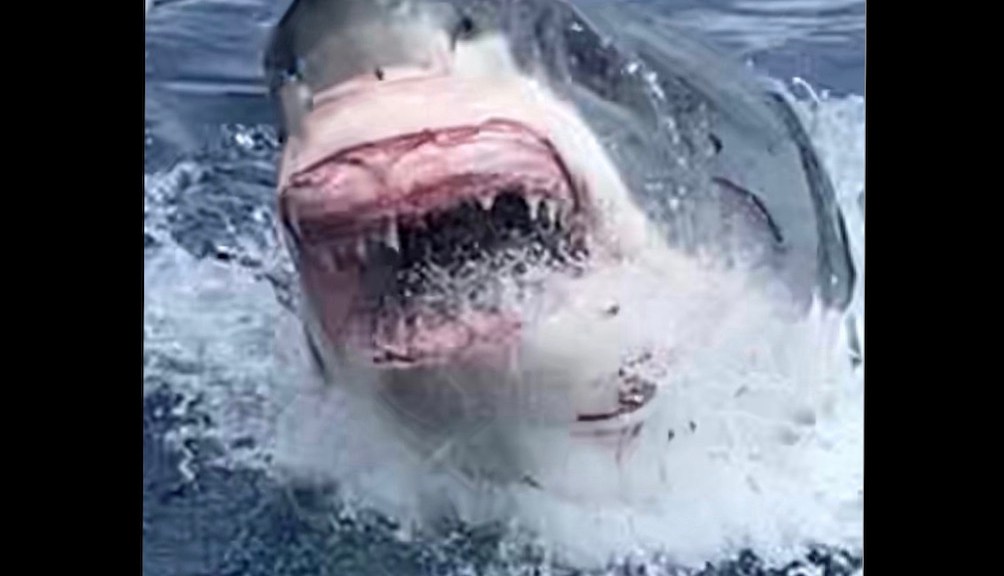 Great white sharks often shed teeth while attacking prey or biting other objects, but replacement teeth quickly fill voids. The apex predators, in fact, might grow as many as 20,000 teeth in a lifetime.

So after a cage-diving company photographed a white shark missing many of its front teeth during an expedition to Mexico’s Guadalupe Island earlier this week, owner Martin Graf featured the image on Instagram, writing:

“Anyone know a good dentist? It’s a good thing that white sharks can replace their teeth.”

Graf, who runs the San Diego-based Shark Diver ecotour company, told FTW Outdoors that the juvenile white shark was going after a hang bait placed behind the boat on Sunday.

Hang baits attract sharks so divers in cages can observe and photograph the predators at close proximity.

“It’s pretty unusual for a shark to have that many missing teeth,” Graf acknowledged, adding that he did not know at what point or how this shark lost so many of its teeth.

Graf added: “Sometimes they lose their teeth when they bite into a big prey, especially if they hit a bone in their prey animal.”

Guadalupe Island,  165 miles west of the Baja California port of Ensenada, is one of the world’s premier destinations for cage diving with great white sharks.

The season typically runs from late July into early November. Many sharks possess unique markings and are documented in a photo-ID catalog.

Graf, however, said there was too much activity to single out this shark for a possible identification. “We don’t know from this picture what shark it was” he said. “We saw 30 different sharks on this trip and they were all super active.”