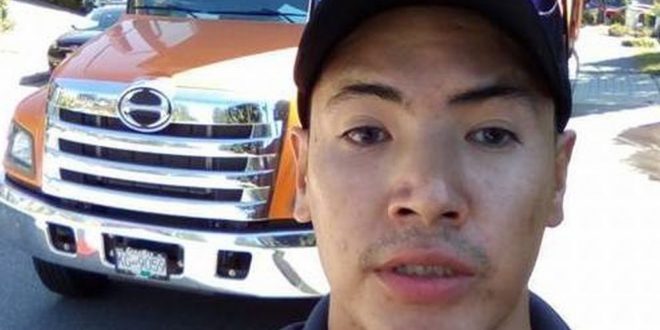 Destin Mosquito acknowledges he had a gun that went off during a melee, killing a 31-year-old Saskatoon father, but says he did not intentionally fire it.

The sentencing hearing for Mosquito, 23, took place at Saskatoon Court of Queen’s Bench on Monday after he pleaded guilty to breaking and entering to commit an assault with a weapon and manslaughter in connection with Kevin Nataucappo’s death on Sept. 21, 2019.

Mosquito agreed that he brought the .22 calibre shotgun to a house at 95 Howell Avenue, where violence was likely to occur, and therefore committed the unlawful act of possessing a firearm that resulted in death.

“You made a bad, bad decision when you took a gun to that house,” Justice Gerald Allbright said, sentencing Mosquito to seven years in prison.

Court heard Nataucappo went with Mosquito and three other men to the house after Mosquito’s co-accused, Mohammad Al-Zawahreh, asked them to “back him up” while he confronted a man who had attacked him at the Howell Avenue house earlier in the night.

Al-Zawahreh testified at his trial that he just wanted to fight a man who lived there, and had no idea that anyone in his group had brought a gun. His trial decision is set for May 21.

A fight broke out between Al-Zawahreh and the man, Crown prosecutor Melodi Kujawa said. At some point the gun went off, and Nataucappo was shot in the back.

“It was an unfortunate result of this terrible decision.”

The Crown argued for a nine-year sentence, citing the fact that co-accused Devin Aldon Wesaquate — who never entered the home but drove the group back to the Hudson Bay Park neighbourhood —  was sentenced to five years in prison for manslaughter.

Kujawa said Mosquito should receive the same sentence as Dustin Sand, a Saskatoon man who was sentenced to nine years for manslaughter in a planned 2015 home invasion that killed one of the invaders.

Mosquito also has two prior break and enter convictions and was prohibited from possessing firearms at the time of the incident, court heard.

“He’s still trying to distance himself from this event. This is a five-person home invasion with children present in the home,” Kujawa said.

“This was not a planned home invasion,” said defence lawyer Brad Mitchell. “This was a situation where Mosquito had no involvement with the residents at Howell Avenue.”

Mitchell argued for a sentence in the range of five to six years, saying his client was high on methamphetamine and opioids the night of the shooting.

A pre-sentence report outlined Mosquito’s childhood without a father, leaving home at a young age and getting involved in gangs.

Allbright said Mosquito’s guilty plea and the fact that he contracted COVID-19 twice while on remand are mitigating factors in sentencing.

“It breaks my heart to know I’m the reason for your pain. I didn’t mean for anyone to get hurt,” Mosquito told Nataucappo’s family, who sat in the courtroom’s front row.

They filed victim impact statements, describing Nataucappo as a dedicated father who encouraged people to do better in their lives.

“If they were even his friends, they wouldn’t have left him there alone,” his spouse wrote.