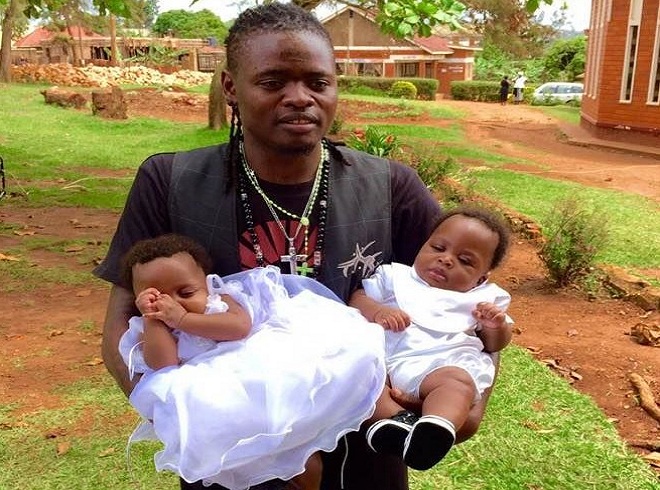 Few days after the burial of fallen producer Danz Kumapeesa, Singer Pallaso has risen once again the death issues of singer AK47.

In a social media post Pallaso blames the doctor for giving narrow information about AK’s death. He continues to wonder why the late’s lips were swollen yet they were not a few minute before the incident.

Pallaso tasks AK’s manager by then to reveal why he told Pallaso not to say Akay had fallen in the bathroom.  According to Pallaso, AK’s wife; Nalongo was in a wierd not at home by the time of the incident yet it was his usual bed time.

Akay had apparently broken Nalongo’s phones and abandoned her, a case she took to police pushing for the arrest of Ak; but went futile after Pallaso intervened saying these were simple family issues.

Since then Nalongo craved revenge to an extent of telling Pallaso that she wouldn’t mind Akay missing her burial.With several reasons, Pallaso believes there were vivid reasons for Nalongo to have a clue about the killing. “Nalongo was so heart broken and devastated about the loss but in a few moths after her Children’s father’s death she had already moved on with a new boyfriend in a very happy relationship” he writes.

Pallaso says, the maid heard, Nalongo planning to hurt Akay that same night of the incident and after, she carried the maid with her.

Nalongo at one time also told her in-laws that she dreamt about Ak’s death. Worst of all were the frequent scaring that she used to do to AK in the name of twins.

With all this, Pallaso continued to invite the president into this issue since he also gave out the 20M to aid in Danz Kumapeesa’s burial.

We have come to learn that Pallaso has pulled down the post.