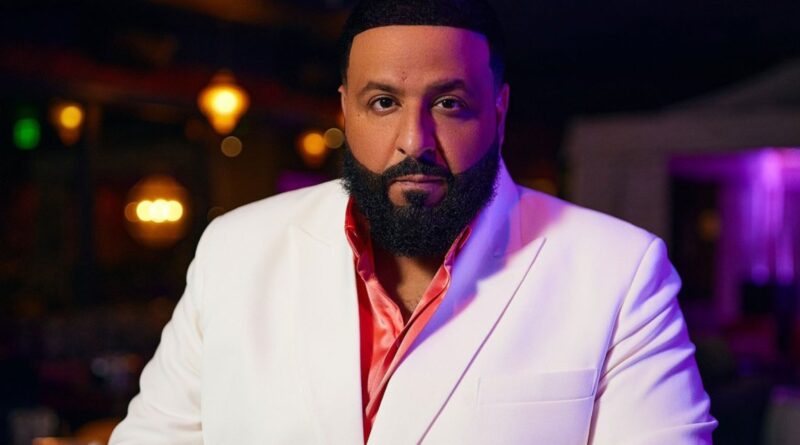 DJ Khaled lands his fourth No. 1 on the Billboard 200 albums chart (dated Sept. 10) as God Did debuts atop the list. The star-studded collection earned 107,500 equivalent album units in the U.S. in the week ending Sept. 1, according to Luminate. It’s Khaled’s 10th top 10-charting effort, as well.

Also in top 10 of the new Billboard 200, TWICE collects its third top 10 with the debut of Between 1&2 at No. 3 while Nicki Minaj scores her sixth total and consecutive top 10 with the bow of her greatest hits set, Queen Radio: Volume 1. In addition, Silk Sonic’s An Evening With Silk Sonic and Kendrick Lamar’s Mr. Morale & The Big Steppers both return to the region after their vinyl releases.

The Billboard 200 chart ranks the most popular albums of the week in the U.S. based on multi-metric consumption as measured in equivalent album units, compiled by Luminate. Units comprise album sales, track equivalent albums (TEA) and streaming equivalent albums (SEA). Each unit equals one album sale, or 10 individual tracks sold from an album, or 3,750 ad-supported or 1,250 paid/subscription on-demand official audio and video streams generated by songs from an album. The new Sept. 10, 2022-dated chart will be posted in full on Billboard‘s website on Wednesday, Sept. 7 (one day later than usual, owed to the Labor Day holiday in the U.S. on Sept. 5). For all chart news, follow @billboard and @billboardcharts on both Twitter and Instagram.

God Did boasts 31 guest artists, including 16 acts that have previously topped the Billboard 200. Among them: Drake, Eminem, Future, Jay-Z, Jadakiss, Lil Baby and Travis Scott.

Bad Bunny’s Un Verano Sin Ti falls to No. 2 following nine nonconsecutive weeks at No. 1 with 106,000 equivalent album units (up 1%). The set has yet to depart the top two rungs of the chart for its entire 17-week run on the list thus far. The last album to start off as strong was Drake’s Views, which also spent its first 17 weeks in the top two (May 21-Sept. 10, 2016-dated charts).

TWICE collects its third top 10 on the Billboard 200 as Between 1&2 bows at No. 3 with a career-high 100,000 equivalent album units earned. Of that sum, album sales comprise 94,000 (another career-best week); SEA units comprise 6,000 (equaling 9.18 million on-demand official streams of the set’s seven tracks); and TEA units comprise a negligible sum.

Like many K-pop releases, the CD configuration of Between 1&2 was issued in collectible deluxe packages (17 total, including versions exclusively sold through Target, Barnes & Noble and the group’s official webstore), each with a standard set of items and randomized elements (such as photocards, posters and stickers); 96.5% of the album’s first-week sales were on CD. The other 3.5% were digital album sales (a little over 3,000). The set was not released in any other format, such as vinyl or cassette.

Mr. Morale & The Big Steppers debuted at No. 1 on the May 28-dated chart and spent its first six weeks in the top 10.

Queen Radio: Volume 1 was initially available as a 27-track standard set, and was reissued during its debut week with an additional bonus track, a remix of “Likkle Miss,” credited to Minaj and Skeng.

Queen Radio: Volume 1 includes 15 top 40-charting hits for Minaj on the Billboard Hot 100, including her recent No. 1, “Super Freaky Girl.”

Luminate, the independent data provider to the Billboard charts, completes an exhaustive and thorough review of all data submissions used in compiling the weekly chart rankings. Luminate reviews and authenticates data, removing any suspicious or unverifiable activity using established criteria before final chart calculations are made and published. In partnership with Billboard, data deemed suspicious and unverifiable is disqualified prior to the final calculation.