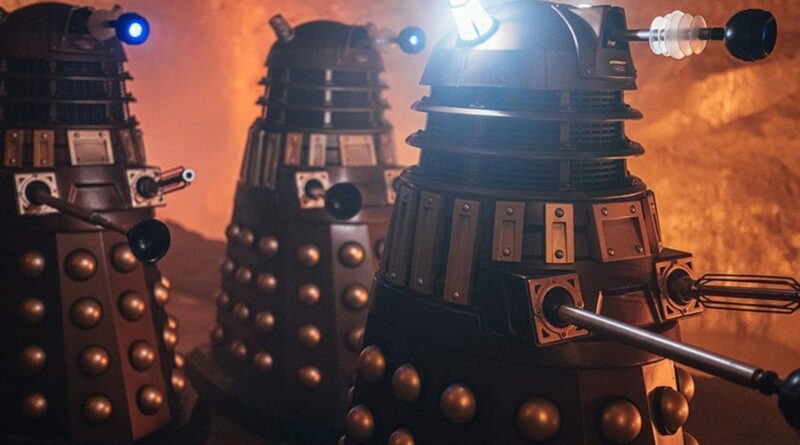 Doctor Who’s Daleks have undergone a few makeovers since they were turned into bronzed machines of extermination in the 2005 revival of the show. And now, they’re apparently ready for another one—but just how much of an overhaul they’ll get remains to be seen.

Incoming Doctor Who executive producer Joe Collins and production designer Philip Sims teased the Daleks’ not-so-surprising return in the latest issue of Doctor Who Magazine, with Sims cryptically saying he was excited about “designing a new Dalek.”

Just how major a redesign this could be remains to be seen. The Dalek re-imagination for 2005—an angular-skirted, bronze-covered overhaul of the classic design—has persisted on and off throughout the tenure of every modern Doctor so far, with alternate paint jobs, specialized variants like the Emperor and Supreme Daleks, and more. But it’s not like Doctor Who hasn’t tried to do something different with them sometimes. In 2011, Steven Moffat’s turn as showrunner introduced the bulbous, candy-coated Dalek Paradigm, a controversial replacement that ultimately became a leader-class for the return of the Bronze Daleks. Chris Chibnall’s era likewise gave us the battered “Recon Dalek” in Jodie Whittaker’s first special episode, “Resolution,” but even that was less of a re-imagining than a specialized take on the now-standard Dalek design, and they returned in force whenever the Daleks showed up across her tenure as the 13th Doctor.

The thing about the Bronze Dalek design is that, well, people love it. It’s why it’s persisted largely unchanged for 17 years, and why attempts to overhaul it have been met with pushback. Will Doctor Who’s next era attempt to fix what isn’t broken, or will it simply introduce a new kind of variant to exist alongside what has become a classic design? As always with this show, time will ultimately tell.