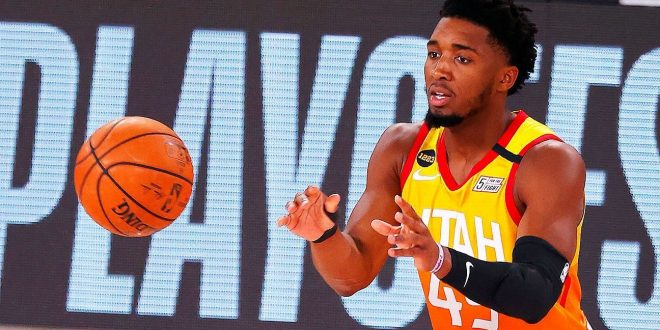 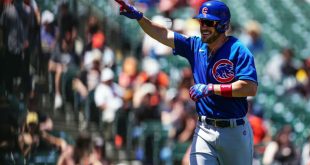 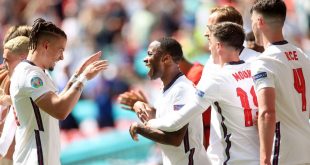 Moments after Paul Millsap blocked his shot and stared him down, Donovan Mitchell had the ball on the left wing, a one-point Utah Jazz lead and Millsap standing in his way.

Mitchell sized up the Denver Nuggets power forward, dribbled between his legs and drilled a 25-footer before staring at the Denver bench.

“I want this!” Mitchell screamed three times, with an expletive.

Saying that he is fueled by last year’s first-round exit and his critics, Mitchell is on a rare playoff scoring tear. He scored 51 points in a 129-127 Utah win to push the third-seeded Nuggets to the brink.

“That shot was a symbol of just what — not myself, but just as a team, what we wanted,” Mitchell said. “And we worked hard to get to this point. But the job’s not finished. And as good as this one feels, we won by two, and we’re on to Game 5.”

Mitchell scored 16 of the Jazz’s final 20 points to come out on top of a historic playoff duel. Denver’s Jamal Murray tried his best to even the series by burying nine 3-pointers and scoring 50 points to go with 11 rebounds and 7 assists.

It was the first time in playoff history that two opposing players each scored 50 points in a postseason game and only the sixth time that has happened in NBA history, according to ESPN Stats & Information.

“I love hearing negative things [said] about me,” Mitchell said of what has helped him take his game to another level this postseason. “The knock on me has been inefficient, not a team player, whatever it is. I pride myself on being a team player, on being a playmaker. I’ve said it a thousand times, and I am going to continue to do that. … Fifty is what it is, but I am more happy that I got seven assists.”

The sixth-seeded Jazz can eliminate Denver on Tuesday in Game 5. After overcoming a 57-point explosion by Mitchell to win Game 1 in overtime, the Nuggets have dropped the past three games. They were competitive to the end in this one after being blown out by 19 and 37 in Games 2 and 3.

Denver coach Michael Malone altered his starting lineup by inserting Monte Morris and Jerami Grant and bringing Michael Porter Jr. and Torrey Craig off the bench. Denver led by eight early in the second quarter but trailed by eight after Mitchell scored 11 points in the third quarter.

Murray and the Nuggets were within one point on three occasions in the fourth quarter. But they couldn’t contain Mitchell, particularly off screens. The one time Millsap blocked Mitchell from behind on a driving layup attempt, Millsap let the Jazz star know it, saying something to him and then staring at him while he was on the floor with 1:02 left and the Jazz up 119-118.

On the ensuing play, Mitchell buried the 3 on Millsap, sticking a damaging dagger into Denver’s postseason hopes.

“It’s a tough loss,” Malone said. “We got to regroup. Series is not over. We don’t have to win three games in one. We just got to win one game to keep the series alive. That’s our plan right now.”

Mitchell has waited a season — and one four-plus-month quarantine — to get back to this stage after losing to Houston in five games in the first round last postseason.

Last year in Game 5, Mitchell went out in that series missing 18 of 22 shots, including all nine of his 3-point attempts, to finish with 12 points. Now, he plays another Game 5 with a chance to push Utah into the second round after putting up the type of numbers only Michael Jordan and Allen Iverson have posted in the playoffs.

“Honestly, it’s the first round,” Mitchell said of joining Jordan and Iverson with two 50-point games in one series. “The two guys you named have made it to the Finals. Michael Jordan is obviously the greatest basketball player of all time. I got a lot of work to do to catch up to those guys. I am honored to be in that category, but we are doing all this in the first round.”

“It’s no secret that last year’s playoffs wasn’t my best,” added Mitchell, who spent countless hours during the pandemic watching film. “And I took that personally, and I am going to trust my work and keep moving forward.”